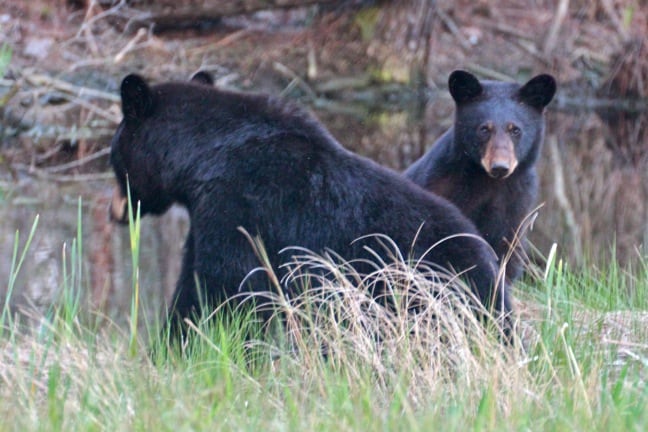 If you were searching for unbiased opinions about whether or not you should visit Alligator River National Wildlife Refuge during your trip to Outer Banks, North Carolina, chances are you’d turn to respected sites like TripAdvisor or Yelp to see what other travelers have to say about it.

But Alligator River’s Yelp reviews, which average 2.5 stars out of a possible 5, prove that uninformed opinions on the Internet aren’t nearly as valuable or insightful as those of the experts (and by “experts,” I mean someone who actually does the requisite research before planning a trip).

“We went for the bear watch,” writes Yelp reviewer Chad E., “and drove and drove and drove, saw half a dozen little dots that may have been bears, or could have been employees in black, and then came back. It was pretty dull, really.” Alicia F. writes, “If zero stars were an option, I’d pick that.” And Watrbb W. says “Bottom line for me is that I will never go there again, unless someone can point out to me the ‘right’ way to see and experience it?”

There are a few basic principles you have to understand if you want to have a once-in-a-lifetime experience at Alligator River National Wildlife Refuge.

First off, know that a National Wildlife Refuge is very different from a National Park, and it’s nothing whatsoever like a theme park. Do not expect to find animals  waiting to perform “The Circle of Life” at the gate upon your arrival. A NWR is typically a vast expanse of wilderness set aside for the protection of wildlife, so its primary purpose is NOT to cater to tourists. Crazy, right?

Secondly, any time you’re going to look for wildlife, it helps to have a basic understanding of the animal’s behavior. What kind of habitat do they prefer? What time of day do they tend to be most active? What do they usually feed on? Find the answers to these questions, and you give yourself a great advantage in avoiding what we’ll call the “Uninformed Yelper Experience.”

Located near the Atlantic coast in eastern North Carolina, Alligator River is a 20-30 minute drive from the Outer Banks, depending on which island you’re coming from. Some  Yelp reviewers carped that it was hard to find, but we had no trouble: It’s two miles west on Hwy 64 from the Virginia Dare bridge in Manteo, with the entrance on the left.

Don’t look for a huge sign or a visitor’s center, because you won’t find one. Remember, it’s all about the wildlife!

The Refuge is huge– 152,000 acres, to be precise– and was created in 1984 to preserve its unique wetland habitat, the pocosin (an Algonquin word for “swamp on a hill”). Surrounded by a dense network of bogs, marshes and swampland, Alligator River is home to Wading Birds, Shorebirds, Turtles, Snakes, Alligators, Otters, White-tailed deer, and the critically endangered Red Wolves. They even have guided programs where you can howl with the latter.

But we came to Alligator River for one primary purpose: Because it boasts the highest concentration of Black Bears on America’s eastern seaboard.

Although I’ve traveled as far as Alaska to see grizzly bears and Churchill, Manitoba to see polar bears, I’d never actually seen black bears in the wild. And since North Carolina is practically our backyard, we were determined to rectify that during our trip to the Outer Banks.

Thankfully, we had some trusted advisors to guide us. Our friends Cristina and Hal from Travel For Wildlife drew directions on a map of the reserve, showing us where they’d seen bears on their previous trips to Alligator River. You enter the reserve’s Wildlife Drive on Milltail Rd, then take either the first right (Twiford Rd, which is occasionally closed to thru traffic) or the second (Sawyer Lake Rd, which is always open).

Though you might see bears at any point along these roads, the highest concentration seemed to be halfway to 2/3rds of the way to the dead end at Buffalo City Rd. The important thing is to drive VERY slow (both for the sake of animal safety and road noise), keep an especially sharp eye out along the tree lines and waterways along the roadside and, most of all, BE PATIENT!

On our first visit to Alligator River, we had a similar experience to the Yelp critics. It was the middle of the day, early in the season (April), and our guide was a botanist rather than a wildlife expert. But, being stubborn by nature, I decided to take the family back that very same night, just before sunset, when I knew that bears liked to feed. We drove up and down, back and forth, time and time again.

We saw Turtles, Great Egrets, a Hawk, a White-Tailed Deer and a Water Moccasin, but no bears. Even more frustratingly, we ran into a couple who said they’d just seen a mama bear and 3 cubs near the boat put-in at the end of Buffalo City Rd. But by the time we got there, breathless with anticipation, they were gone. Still, I could sense they were close by, and I was determined to return the next night to find them.

As the sun set and we made our way back down Sawyer Lake Rd towards the exit, I spotted a black form beside the road several hundred yards ahead. In the fading light, it was difficult to tell if it was a bear or a bear-shaped stump, so I sped up a little. Suddenly the form lumbered– MUCH quicker than you’d expect– down the embankment, across the narrow canal, and into the woods as we approached, peering at us inquisitively.

Knowing animal behavior, I pulled forward about 100 feet, did a U-turn, and waited. Sure enough, a male black bear cautiously emerged into view, sprinted across the road and disappeared into the shelter of the forest.

We laughed and cheered and high-fived each other, adrenaline pumping from the unexpected encounter, but I was far from satisfied. Our experiences in ecotourism hotspots like South Africa, the Galapagos Islands and Antarctica have really raised the bar on what we expect from wildlife sightings. But this one was over before we could even snap a photo.

And so we returned to Alligator River at 6:30 the next night for another attempt. We brought snacks, drinks, and oodles of patience, driving to the end of Buffalo City Rd and parking so that the noise of our car wouldn’t scare the bears away. We waited, and waited, and walked along the over-water trail, and then waited some more. We saw, and heard, nothing.

As the sun set, feeling a bit dejected, we drove slowly back up Buffalo City towards Sawyer Lake. It was near that intersection where we saw them– a mama black bear and 3 yearling cubs walking in the road! The two bigger cubs sprinted across the water clumsily, then stared across at us from the tree line. The littlest cub ran to the water’s edge and stopped, looking back and forth from us to its mother as if uncertain about the best course of action.

And the mama bear? She went right on about her business, which appeared to be hunting up some supper.

Eventually the baby bear’s curiosity overcame her fear, and she followed her mom across the street. She walked closer to where we were parked, hesitated nervously, ran back across towards the water, then eventually laid down smack dab in the middle of the road as if she were going to take a nap. One brother, apparently seeking a bird’s-eye view of the situation, climbed a tree over the canal.

But mama just kept sniffing along the trees just behind our car, paying us no attention whatsoever. Eventually the littlest cub  joined her, and they snacked on freshly-budded blueberry flowers until they’d eaten their fill. We watched them quietly for 30 minutes, without another soul in sight. As we bid them farewell and headed back to the Outer Banks for dinner, we spotted three more black bears in, and along, Sawyer Lake Road. It was a dream come true for an avid bear-lover like me, and an incredible adventure we will never forget.

Let’s be honest: Having this sort of unique “experience of a lifetime” isn’t easy. Wildlife watching takes time, patience, persistence, and a heaping helping of luck. But, while we can’t guarantee that you’ll see 7 bears in an hour when you visit Alligator River National Wildlife Reserve, you can greatly improve your odds simply by taking the time to learn a little bit more about animal behavior and the environment to which you’re traveling. In our case, it made all the difference.

And, just FYI, Yelp is probably NOT the best place to begin your research…  –Bret Love; photos by Bret Love & Mary Gabbett