Alaska. The mere mention of the state conjures up images of hardy sled dogs, grizzlies, moose and iron men with iron wills, hell-bent for leather on a gold rush that saw them breaking their backs in an attempt to tame this tough, unforgiving countryside. But where the men of Jack London’s legendary stories came here seeking the freedom only a land of limitless possibilities like Alaska could offer, I was merely seeking freedom from the daily grind, hoping for the life-affirming rush of adventure.

Alaska’s history centers around the struggles between progress and nature, and I was struck by the dichotomy mere minutes after leaving downtown Anchorage. At a busy intersection, a massive moose mother brazenly crossed the six-lane highway, leaving behind her gangly kid, who balked at the prospect of playing the moose version of Frogger in busy morning traffic. But within minutes, humanity’s development had given way to Nature’s glory. Postcard-worthy vistas greeted me on all sides on our 3-hour ride to the scenic seaside town of Seward, from majestic mountains to gleaming glaciers. 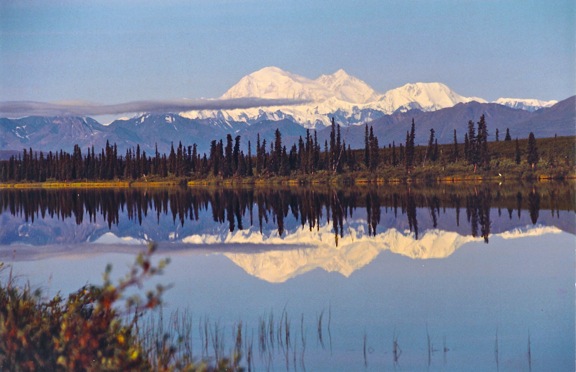 The cloudy skies seemed to part just for us, and the emerging sun provided a nice contrast to the chilling ocean breeze whipping at our windbreakers as we departed on our Kenai Fjords cruise. Preening sea otters, colorful puffins, a family of seals sunning themselves on the rocks, a school of dolphins frolicking in the boat’s wake and a trio of whales breaching in the distance provided an exciting beginning to my Alaskan adventure, whetting my appetite for the next day’s 5-hour trek to Denali National Park. 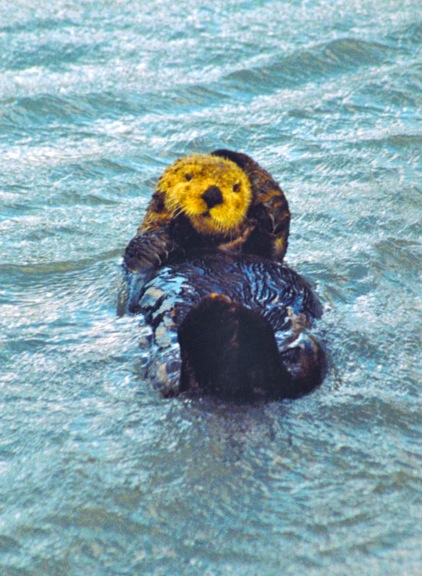 Signs of civilization along the way were few and far between outside of the two quaint towns in which we made brief stops (one of which, Talkeetna, was the inspiration for TV’s Northern Exposure). To pass the time, our tour bus driver regaled us with colorful tales and groan-worthy quips that proved surprisingly informative.

Did you know, for instance, that nearly seven in 10 Alaskans have a pilot’s license, while three in 10 own their own planes? Or that the state leases public land to corporations that covet its natural resources, then give a share to each resident? Or that Alaska allows settlers to homestead, laying claim to a piece of property and, as long as nobody disputes it and they prove they can live on and improve the land, it’s theirs?

The McKinley Chalet Resort was buzzing with activity upon our arrival, with hordes of tourists lined up for the afternoon shuttles to the park as I made my way to my room at the back of the sprawling complex, which afforded spectacular views of the rushing waters of the Nenana River and the tree-covered slopes of Mt. Healy.

The next morning I left early to get an overview of the park, attend a demonstration of the dog sled teams that provide the rangers’ primary means of transportation during the frigid winter months and catch the Savage River Shuttle, which travels the 13-mile portion of the park’s 90-mile road (the only part open to public vehicles). Though brief, the drive brought wonderful sightings of a caribou grazing lazily among the tundra and two moose wandering through the scrub less than 100 yards from the road. 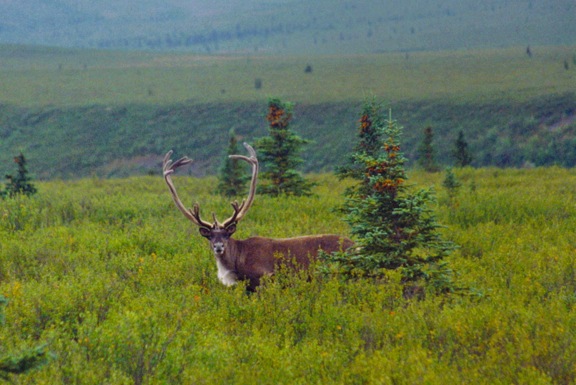 Up before the sun the next day at 5:30AM, I called the tour operators at Denali Air to check the weather report for Mt. McKinley (by which the government recognizes the mountain, which locals refer to by its native name, Denali– “The Great One”). Informed that visibility was improving, I made reservations for a 10AM flightseeing tour in a 6-seat Cessna that would take me more than 10,000 feet towards Denali’s majestic, snow-capped peak.

The scenery en route was awe-inspiring, as lush greenery and braided rivers gave way to magnificent mountains dotted with the white specks of Dall sheep and glacial ice. As we emerged from the clouds into a brilliant blue clearing, the approaching sight of “The Great One” took my breath away. But it wasn’t all smooth sailing: The tiny planes known as “puddle jumpers” ensure that you feel every little bump in the air coming off the mountain, and my stomach was decidedly thankful when at last we set foot back on terra firma. 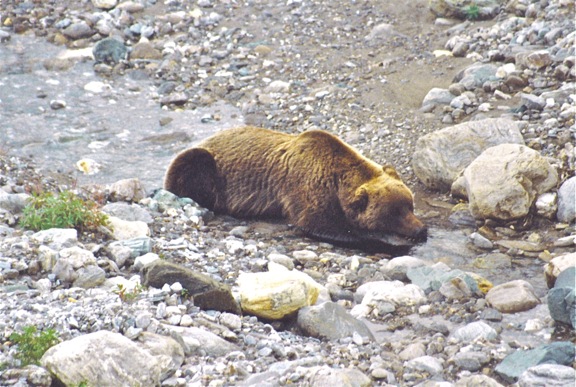 Luckily, my next two days were spent in motorized transportation of a less turbulent sort, as I greeted the chilly morning’s gorgeous pink and blue sunrise and set off on a tour bus into Denali National Park. The guides were impossibly chipper, teasing passengers with the promise of hot cocoa and telling stories about Alaskan history and the National Park Service (for which Denali’s approach to conservation is considered a blueprint).

At our first stop, the Teklanika River, we spotted a grizzly grazing along the riverbank, but there were also frequent sightings of caribou, hoary marmots and snowshoe hares along the way. As we progressed deeper into the park, the clouds dissolved into wispy trails of puffy cotton nothingness, revealing what we were told was a rare glimpse of Denali in all her splendor. On we went for hours, over the braided Toklat River, beside the multi-colored rock of Polychrome Pass, past the stream bed soapberries that seemed to be like magnets for the park’s grizzly population. At last we rounded a bend to see the mountain revealed in full view, and the result was absolutely awe-inspiring.

On my last day I decided to take the bus all the way in to Wonder Lake, which, at mile 85, is the closest you can get to the mountain by vehicle. Ominous clouds threatened to ruin our streak of good weather, but the rising sun held them at bay as we made the first of many grizzly sightings. The bus was all abuzz when a little girl shouted “Stop! Wolf!” so quietly we weren’t sure whether to believe her, but there he was emerging from the woods directly behind us, solemn and focused on stalking his prey in the underbrush. There are fewer than 100 of these magnificent creatures in Denali’s six million acres, but for seem reason the wildlife seemed to be putting on a show on our 6-hour drive into the park, with grizzlies, Dall sheep and caribou seemingly around every turn. 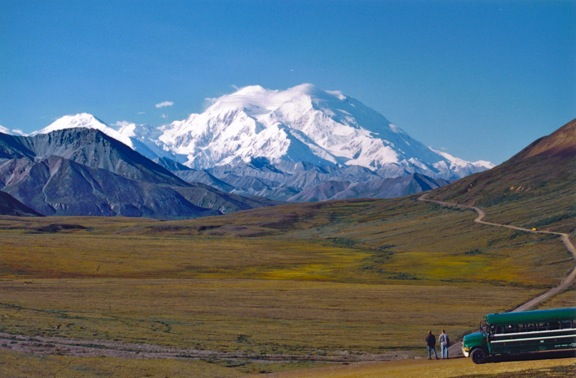 Located a mere 30 miles from the base of Mt. McKinley, Wonder Lake was perfectly picturesque, its serene stillness offering a reflection of Denali’s jagged cliffs, which stand like jaws eager to consume those who come unprepared for its challenges (less than half of those who attempt to climb it ever reach its summit). I attempted to hike through the thick tundra to get closer to the mountain during the two-hour wait for the bus that would return me to the resort. But I quickly realized that the tall tales we’d heard about Alaska’s ginormous mosquitoes (which locals laughingly call “the unofficial state bird”) were entirely true and made a hasty retreat, instead taking time to reflect on a week’s worth of memories that will last a lifetime.

The late summer warmth was beginning to fade, autumn’s vivid colors creeping into the scenery as a chill snuck into the air. In three weeks Denali would see its first snowfall of the season, and tourist-oriented businesses would close up shop as locals prepared to tough out another harsh Alaskan winter. Though progress has changed small pockets of Alaska’s landscape, in Denali National Park Mother Nature’s cycles continue as they have for centuries, providing a shining example of ecotourism in America.  –Text & Photos by Bret Love