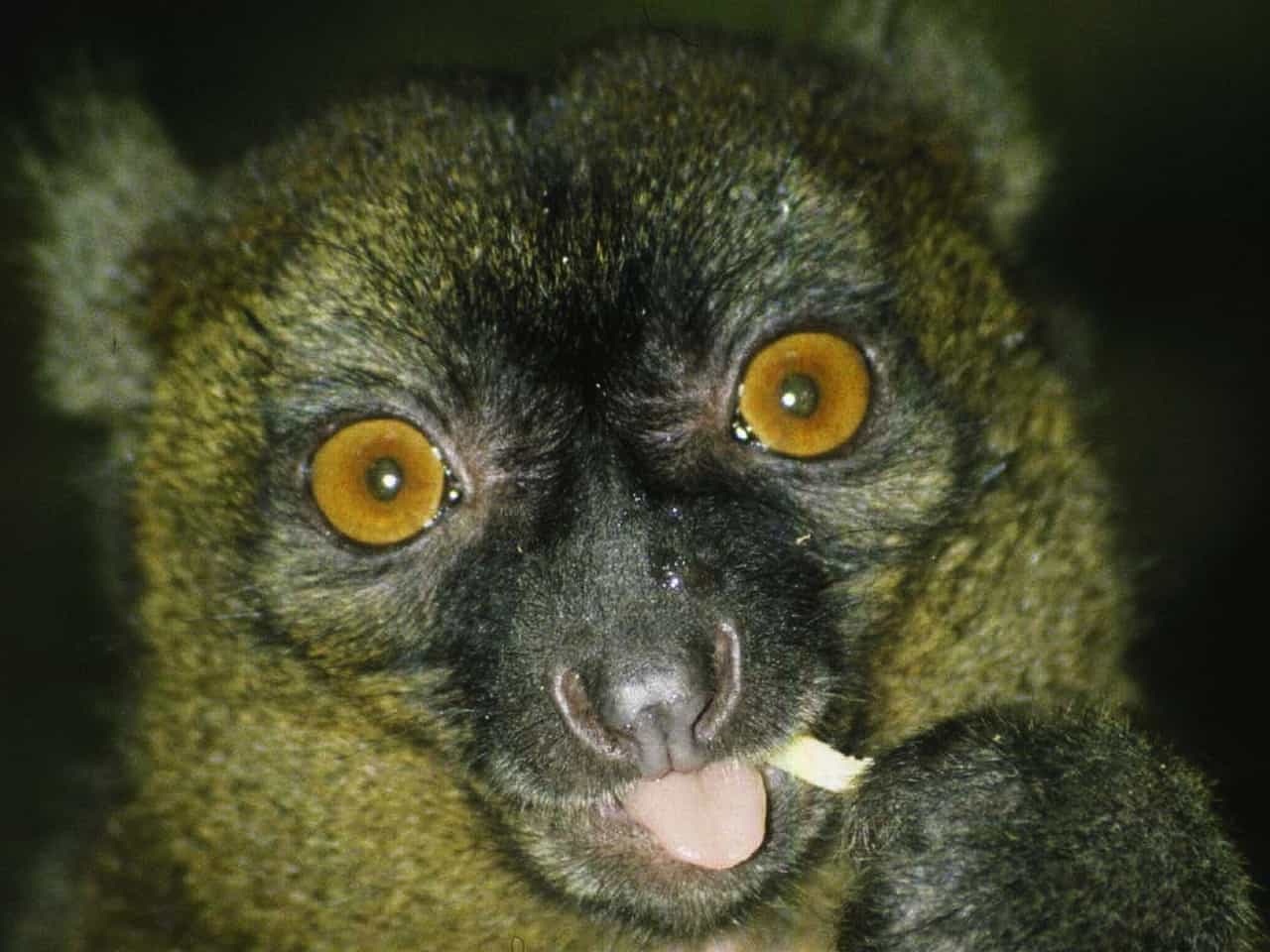 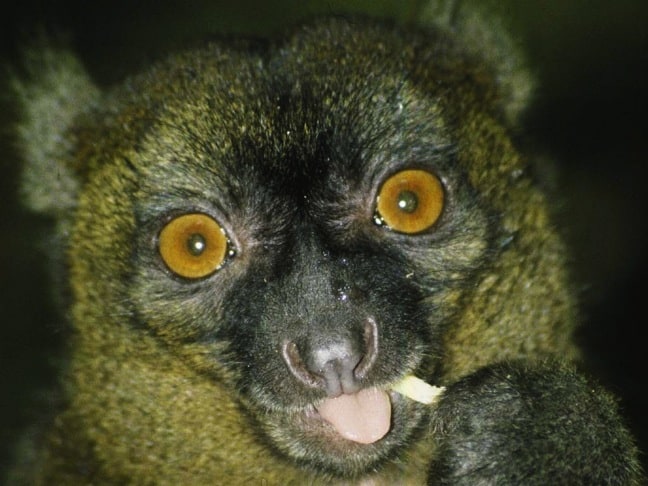 WHAT IS IT?  Also known as the broad-nosed bamboo lemur or broad-nosed gentle lemur, the Greater Bamboo Lemur is found only in the giant bamboo forests of southeastern Madagascar. It’s fairly large for a lemur, with adults standing around 1.5 feet tall and typically weighing in at over five pounds, with grayish brown fur and distinguishing white ear tufts. They live in extremely social groups of up to 28, with the males being more dominant and individuals having a reputation for being quite gregarious.  They currently rank near the top of the IUCN’s list of “The World’s Top 25 Most Endangered Primates,” with recent studies estimating a mere 60-150 total individuals left in the wild. 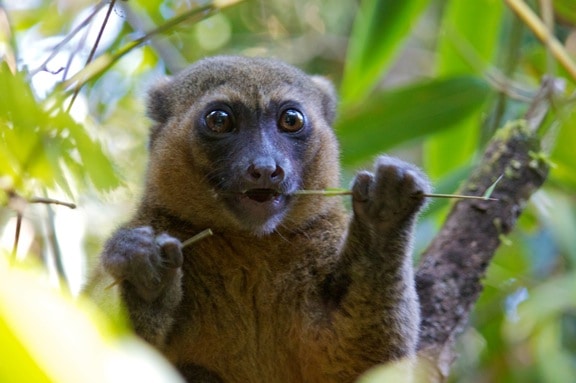 WHY ARE THEY ENDANGERED?  To put it simply, rampant deforestation, which is the result of illegal logging, mining, and the slash-and-burn approach to agriculture. The Greater Bamboo Lemur primarily feeds on Cathariostachys madagascariensis (a.k.a. giant bamboo), including the shoots, pith and leaves. But their range in Madagascar has been drastically reduced to less than 4% of its historic distribution, leaving them spread out in disparate areas with very low population numbers. Scientists actually thought the Greater Bamboo Lemur was extinct for many years, but one remaining population was discovered in 1986 and another was located in 2007. Still, with few of these lemurs living in officially protected areas and hunting of lemurs for food running rampant, the species’ outlook (and that of several other Madagascar lemurs) is dire.

WHAT’S BEING DONE TO SAVE THEM? The Institute for the Conservation of Tropical Environments (ICTE) launched its Greater Bamboo Lemur Conservation Project in 2008 to help protect and monitor the species, but political turmoil in Madagascar has made land acquisition for habitat expansion difficult. Instead, they have focused on working with local communities, meeting with 37 villages and providing locals with reforestation and conservation training. Other organizations working on the ground to help save the Greater Bamboo Lemur include World Wildlife Fund, the Madagascar Fauna Group and the Aspinall Foundation Madagascar Programme, which is focusing its efforts on the region’s Ankeniheny-Zahamena Corridor and Fandriana-Vandrozo Corridor. Protecting these habitats, as well as those in Ranomafana and Andringitra National Parks, will be crucial to the species’ survival.  –Bret Love