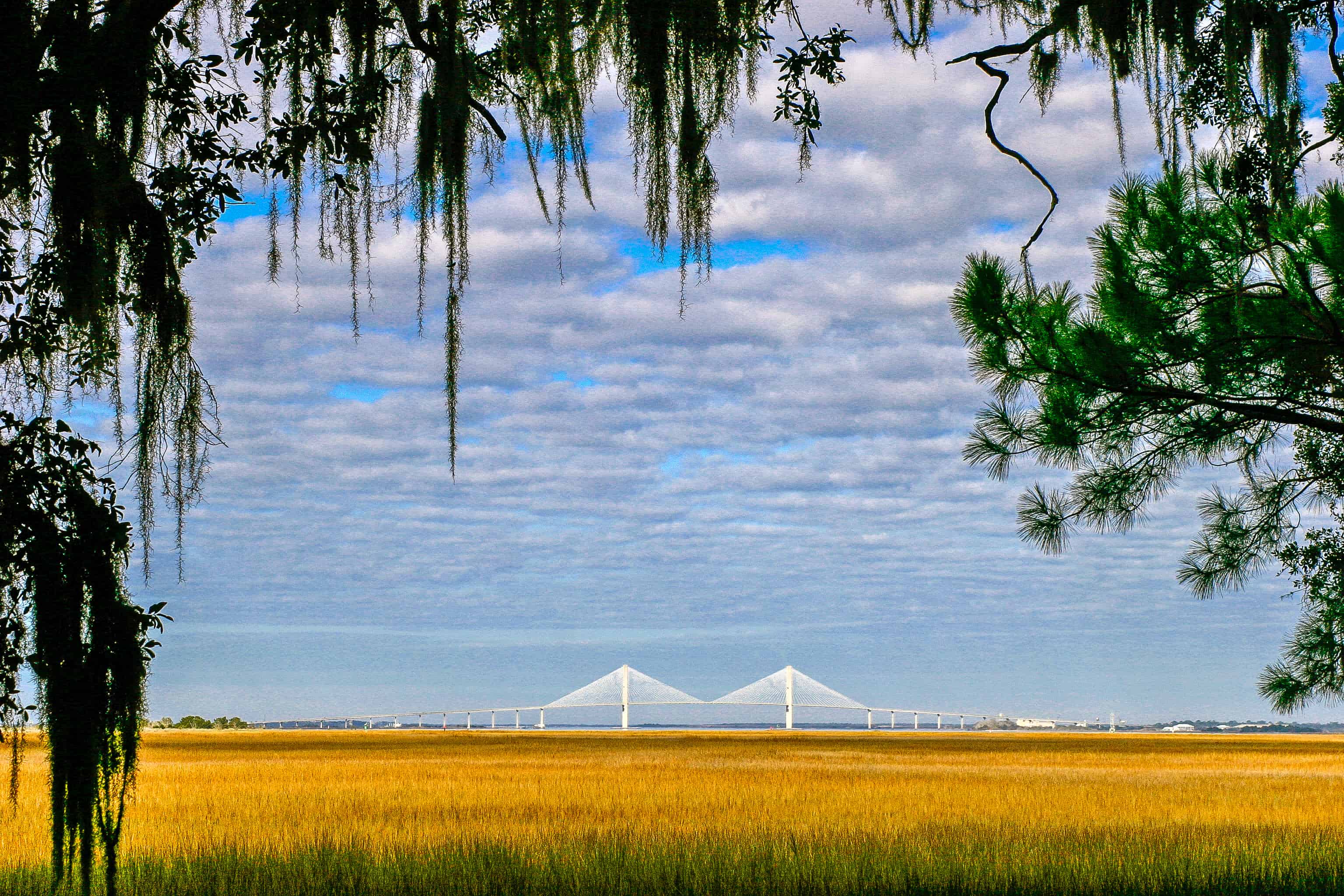 Barrier islands have proven to be popular vacation getaways for well over a century now, and with good reason.

Stellar views of sunlight glistening like gems on the ocean’s rolling waves, sandy beaches strewn with driftwood artfully sculpted by the sea, gulls and pelicans soaring over dunes lined with Sea Oats and Sea Grapes, hungry shorebirds hunting for fish in tidal flats, and golden light streaming through dense coastal forests provide welcome relief from the stress and strife of everyday life.

The unique ecosystems that can be found on these islands have been thriving with flora and fauna for countless eons. And there has been a remarkable interconnectivity between the land, the sea and the communities of people that live on and around them dating back well over 10,000 years, with each depending on the other to varying degrees.

Typically found on barrier islands or in narrow bands near the ocean, the Maritime Forest– defined as “any coastal wooded habitat found on higher ground than dunes and within range of salt spray”– builds up gradually over time.

The mild climate and abundant food resources of these forests provide crucial sanctuary for a broad diversity of nature and wildlife. You can find these essential ecosystems ranging from Florida up the Atlantic coast to Virginia, across the Gulf of Mexico to Texas, and in the Pacific Northwest ranging from Oregon to British Columbia.

Though the plants and animals found within the forests of these disparate geographical areas vary widely, they all share certain qualities in common. But perhaps the most significant is the fact that humans have historically relied on them for food, recreation and revenue (from tourism, hunting/fishing, logging, etc.), and that the rise of global warming poses a threat to their future.

According to Jeb Byers, a professor at the University of Georgia’s Odum School of Ecology, maritime forests begin their evolution as sand dunes. Shrubs such as Wax Myrtle gradually take root as the dune accumulates soil, providing the stability that larger trees need to grow.

As more vegetation comes in, the soil becomes richer and more fruitful, and the plants that thrive there boast root systems tolerant to high levels of salt and sand. Some even have a waxy coating on their leaves to protect them from sea spray.

As anyone who has visited these island habitats can attest, maritime forests are green and lush with plant life, including the ubiquitous Live Oak, Eastern Red Cedar, Loblolly Pine, Southern Magnolia, Hickory, Cabbage Palm, Saw Palmetto and numerous epiphytes (a.k.a. air plants, such as Spanish moss). They’re usually bordered by grassland dunes, saltwater marshes and estuaries, making them a haven for a broad variety of both native and migratory wildlife species.

“The combination of birds, reptiles and mammals found here keeps it interesting,” say naturalist Raleigh Nyenhuis. “Bald eagles and other raptors nest in the tops of the tall pines and prey on everything from cotton-tail rabbits to snakes and turtles. White-tail deer roam around, nibbling on low-lying plants.

Populations of fallow deer, a non-native species brought over from Europe in the early 1900s, have also permeated the forests. Although they’re beautiful, they’re invasive and cause destruction to the vegetation as well. The eastern diamondback rattlesnake can be found from the dune ecosystem throughout most of the barrier island, but certainly favor our maritime forests, hiding in the shade of Saw Palmettos and waiting for small prey to come along.”

The maritime forests of British Columbia, where First Nations tribes have lived in harmony with nature since the end of the Ice Age, are dominated by old growth conifers such as western red cedar, western hemlock and Sitka spruce, which rank among the largest trees on the planet. This larger-than-life setting is  home to a broad variety of spectacular wildlife, including three species of bear (black, grizzly and the rare Kermode “Spirit” bear), wolves, cougars and mountain goats.

Let’s not forget the abundant marine life that can be found just off the coast of these maritime forests, which includes whales, dolphins, sharks and, in the waters off of British Columbia, the salmon on which many of the forest’s predators ultimately feed. And of course there are the myriad other fish and shellfish that feed the people living in and traveling to these coastal communities.

THE THREAT OF CLIMATE CHANGE

Barrier islands serve an important role, not only for the people and animals that inhabit them, but also for mainland coastal areas. Their dunes and forests help to break up ocean swells, literally serving as a barrier for the lagoons, estuaries, marshes and coast behind them. They also help to protect the mainland from devastating weather patterns, such as hurricanes and other tropical storms.

The majority of the world’s scientists believe that global warming– the term used to describe the gradual increase in the average temperature of the Earth’s atmosphere– is creating a permanent change in the planet’s climate.

But most of the energy generated by the unprecedented climate changes documented over the past century has gone into warming the planet’s oceans. And there are growing concerns about the long-term impact these changes could have on barrier islands and coastal regions around the world.

“Our marine waters are warming and becoming more acidic, and they’re predicted to become even more so as this century progresses,” he cautions. “Salmon have narrow temperature tolerances and will likely become more abundant in rivers further north, and less abundant in southern rivers. We’re already beginning to see problems in aquaculture: Due to lower pH levels, shellfish spat can’t form proper shells. Current projections are for longer summertime droughts in some areas, which could lead to increasing incidence of fire, insects and disease in our forests.”

Even more troubling is the accelerated rise in Global Mean Sea Level since the early 1900s caused by rising temperatures melting glaciers and polar ice caps, particularly in the Arctic. Between 1870 and 2004, global average sea levels are estimated to have risen a total of 195 mm. At the current annual rate of acceleration, the 1990 to 2100 sea level rise would range from 280 to 340 mm, affecting most of the world’s coastal communities.

SPEAKING FOR THE TREES

Fortunately, scientists, government organizations and a variety of non-profit conservation groups have long recognized both the intrinsic value of barrier islands and maritime forests and the need to protect them.

Professor Byers points out that much of Georgia’s nearly 100 miles of coastline and 378,000 acres of salt marsh (33% of the total left on the East Coast) have some form of federal, state or private conservation protection, including Cumberland Island, Jekyll Island, Ossabaw Island and St. Catherine’s Island. And organizations such as Coastal Conservation Association Georgia, Georgia Conservancy and the Southern Environmental Law Center work tirelessly to improve the overall ecological health of the Georgia coast.

“One of our local agencies, The St. Simons Land Trust, has purchased a 600-acre, intact maritime forest on the north end of St. Simons Island,” adds Nyenhuis. “This area is open to locals and visitors alike to  enjoy. The Nature Conservancy has recently received the entire island of Little St. Simons as a donation. They will now be able to protect and maintain the island forever.”

That’s not to say that the threat to these forests and barrier islands is over: The fight against over-development, lax enforcement of environmental laws and the effects of global warming is constant. But there are many agencies doing their part to protect and maintain maritime forests, and an increasing number of responsible tourism options that help fund conservation efforts in the region.

Naturally, Nyenhuis hopes the future will bring even more. “Personally, I’d love to see more  acreage of maritime forest protected by local, national and worldwide agencies,” she says. “The more protected area we have, the more species we’ll see thriving along our beautiful coastline. Not only does this help the wildlife, but it ensures the enrichment of human lives for centuries to come.” –Bret Love; photos by Bret Love & Mary Gabbett unless otherwise noted

NORTH CAROLINA: The Controversy Behind the Outer Banks Wild Horses