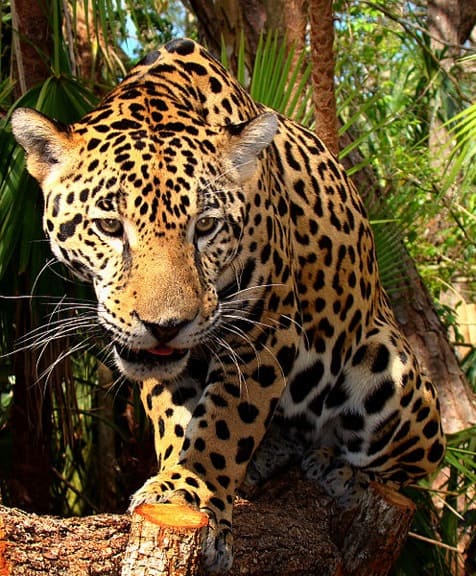 There was a time when, if someone saw jaguars in Jacksonville, they wouldn’t have been looking at an NFL team. During the 18th and 19th centuries, these gorgeous cats roamed throughout Florida, North Carolina, Colorado and other parts of the United States. However, as the human footprint widened, the big predators were killed off or migrated south.

Jaguars (the third-biggest cats after lions and tigers) primarily call Central and South America home today. But scientists and wildlife conservationists have long believe that enough of the feisty felines venture into the American Southwest that they deserved a protected area of their own. Now, after years of legal tussling, the U.S. Fish & Wildlife Service finally agrees. On August 20, the agency released a plan designating 838,232 acres in Arizona and New Mexico as critical habitat for the near-threatened mammal.

“These sky island mountain ranges near the border with Mexico are vital for jaguars to move into the United States,” says Center of Biological Diversity’s Michael Robinson in an interview with Scientific American. “But we propose adding the Gila and Apache national forests in, respectively, New Mexico and Arizona, where roads are few and prey plentiful, in order to provide habitat for more jaguars, which could genetically bolster the population in northern Mexico.”

This new U.S. habitat designation comes just over a month after another protective provision was made for jaguars in Costa Rica. Back on July 5, the Costa Rican government signed a Memorandum of Understanding, establishing the country’s first official jaguar conservation strategy.

There are those critics within the conservation community who oppose the FWS’ plan, saying that even more emphasis (and dollars) needs to be placed on the plight of Jaguars in Latin America. In October 2010, the U.S. Department of Homeland Security designated $6.8 million to fund conservation efforts along the U.S. border with Mexico.

“The bad news is that all the money has to be spent north of the border, where there’s one jaguar every three years,” says Panthera Jaguar Program director Howard Quigley. “We all realize the work needs to be done south of the border. It’s horribly ironic and sad.” Still, if you ask us, this move is a step in the right direction towards making Jaguars safe in America once again.  –DeMarco Williams