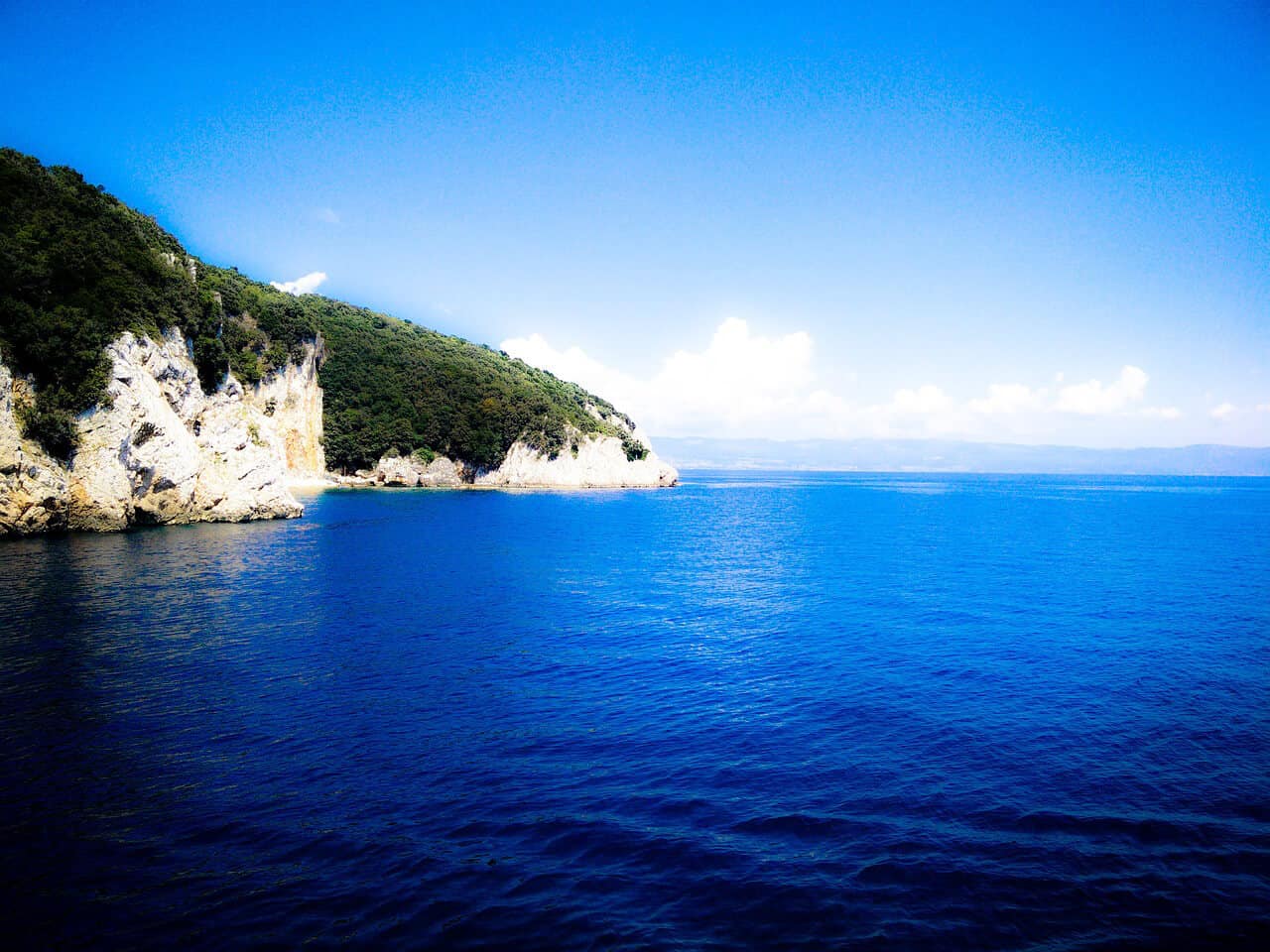 Here at GGT, we don’t often travel to major European cities. While we love their history and architecture, we generally prefer off-the-beaten-path destinations that offer a more traditional view of a region’s indigenous culture. For us, that often means making the trek out to more rural communities and islands. Here are 10 eco-friendly European Islands for your World Travel Bucket List. 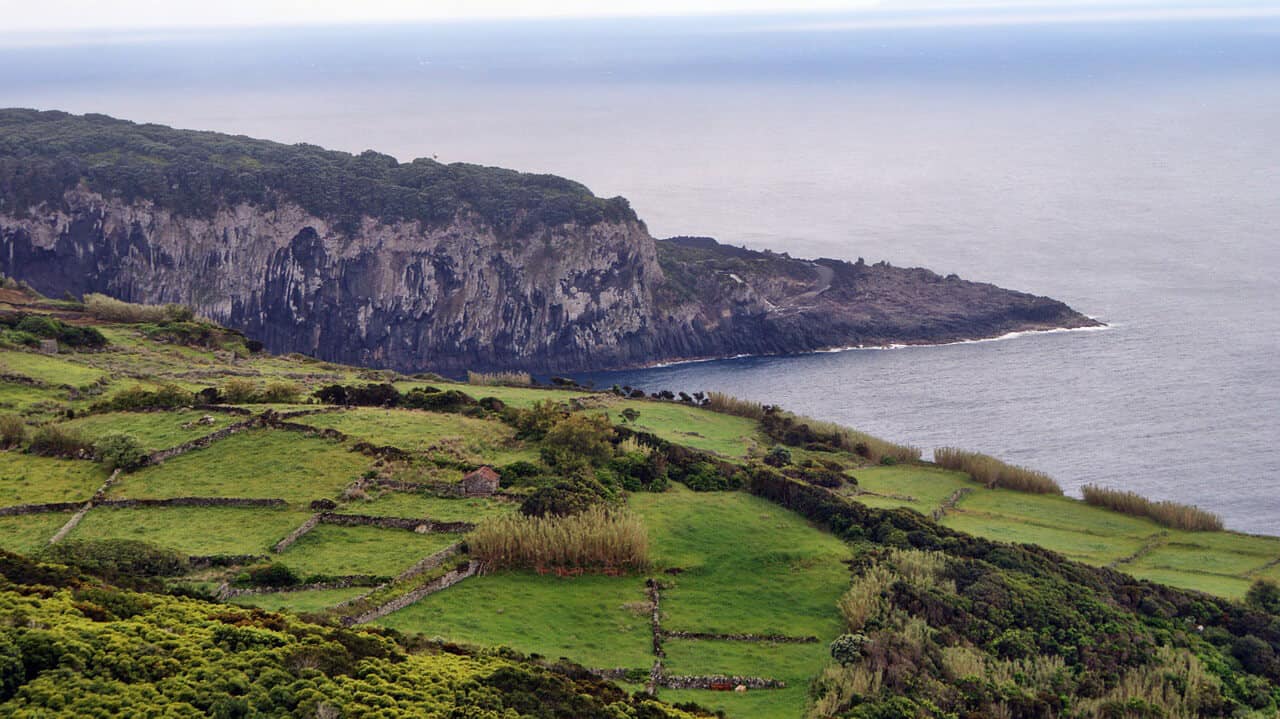 Set in the North Atlantic about 930 miles west of Portugal, this archipelago is comprised of nine volcanic islands that, when measured from their base beneath the ocean to their summits, rank among the tallest mountains on the planet. Pico boasts the tallest (Mount Pico, at 7,713 feet), but each  island has its own distinctive cultural identity due to the fact that the Azores were settled gradually over 200 years. Their biggest industries are agriculture, dairy farming, ranching and fishing, so the vibe is astoral compared to, say, Lisbon. But, from the hot springs on São Miguel to the manta rays, sharks and sea turtles of the Formigas islets, there’s plenty for nature lovers to see. 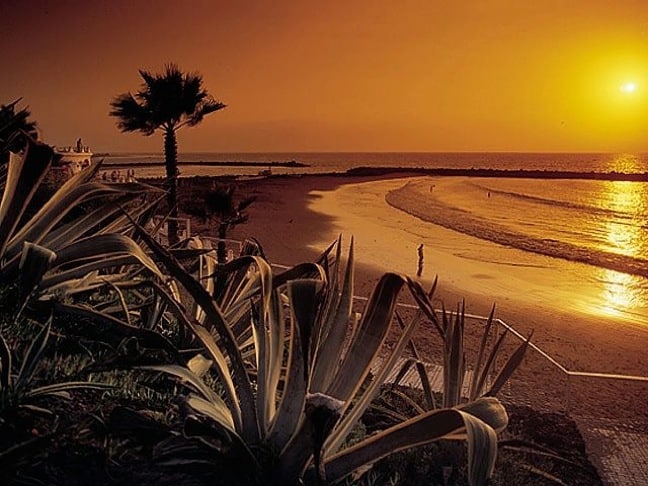 Though located just 62 miles (100km) west mainland Africa, the Spanish-owned Canaries are actually the outermost region of the European Union. Each of the 13 islands offers its own distinctive pleasures, from the red mountains of Lanzarote and the UNESCO-endorsed biosphere reserve of  Fuerteventura, but Tenerife holidays have become the most popular in recent years due to the island’s year-round warm climate and remarkable biodiversity. Known as the “Island of Eternal Spring,” nearly half of the island is preserved by the Canary Islands Network for Protected Natural Area. As a result, Tenerife’s rich microclimates offer rich varieties of flora (over 1400 species, over 100 of which are endemic) and fauna (400 species of fish, 56 birds, 5 reptiles, 2 amphibians, 13 land mammals and several species of sea turtles and cetaceans). 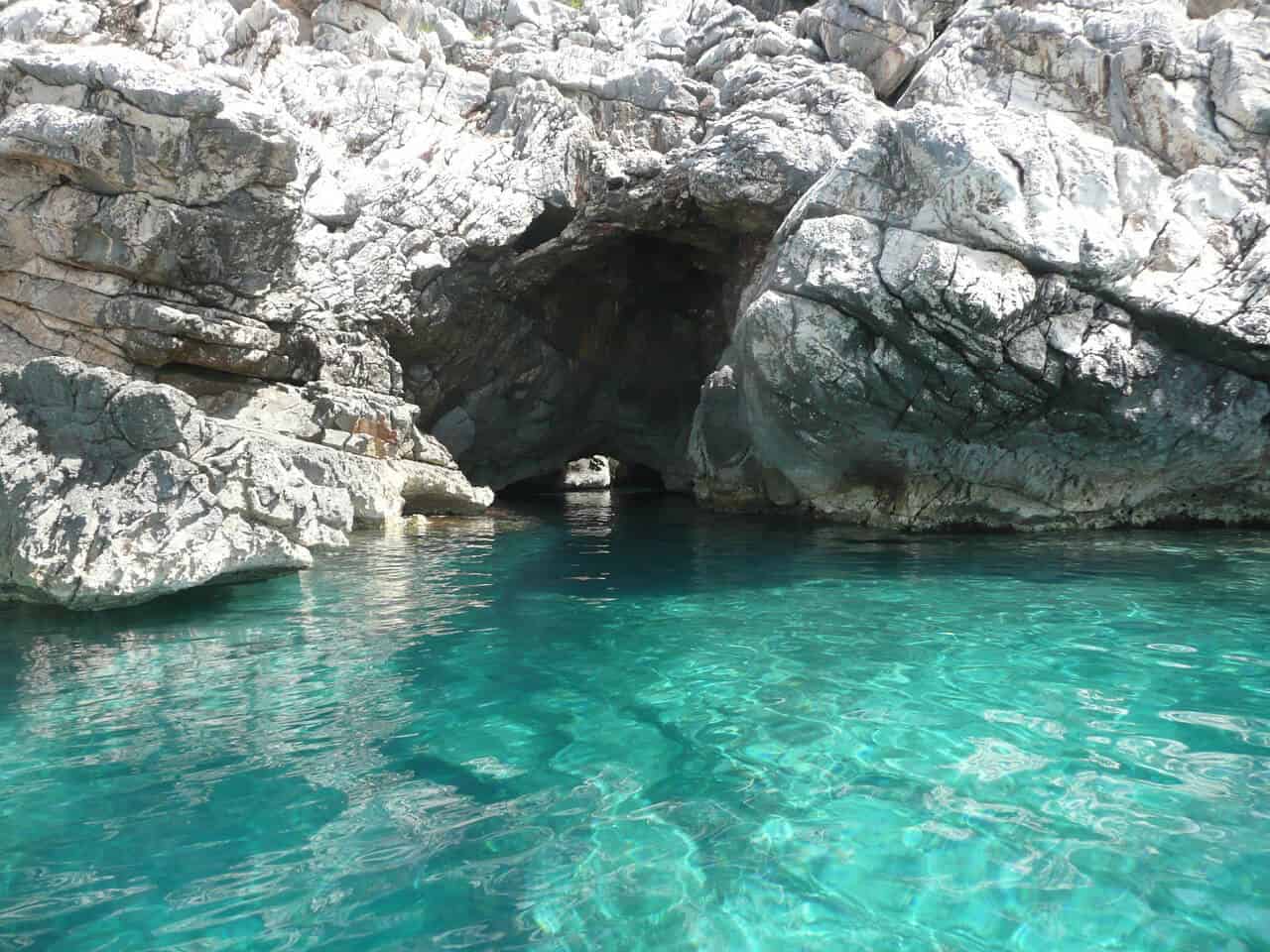 There are more than 1000 islands off the coast of Croatia in the Adriatic Sea, but the 14 islands that make up the Brijuni archipelago are all part of a protected national park. Cres rivals its neighbor, Krk, as the largest island in the Kvarner Gulf, but it’s unrivaled in the region for ecotourism opportunities. The island contains one of Europe’s last colonies of Eurasian griffon vultures (which can be seen from the town of Beli), a freshwater lake (Lake Vrana, which legend tells has a castle buried beneath it), numerous hiking trails through lush forests (including over 1,300 plant species), and pristine waters teeming with pods of Mediterranean bottlenose dolphins. 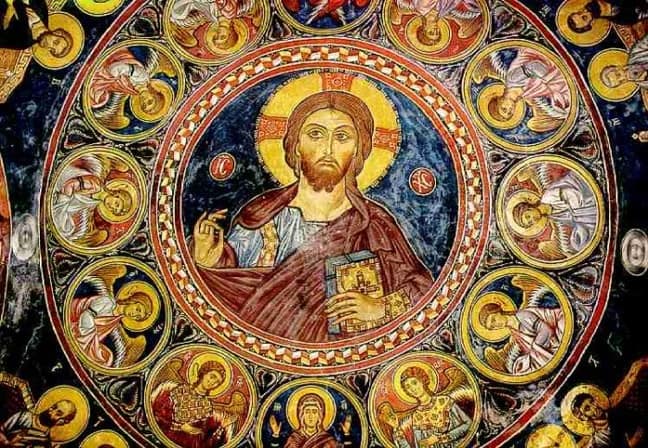 The third largest island in the Mediterranean, Cyprus is divided into two parts, with around 60% controlled by the Republic of Cyprus and the northern part (which calls itself the Turkish Republic of Northern Cyprus) controlled by Turkey. With human activity on the ancient island dating back to at least the tenth millennium BC, Cyprus is a history lover’s dream come true, with incredible archaeological remains such as the village of Khirokitia (a UNESCO World Heritage Site which dates back to the Neolithic era), the Painted Churches of Troodos, and the Odeon Amphitheatre in Paphos, where, in Greek mythology, Aphrodite rose from the sea. 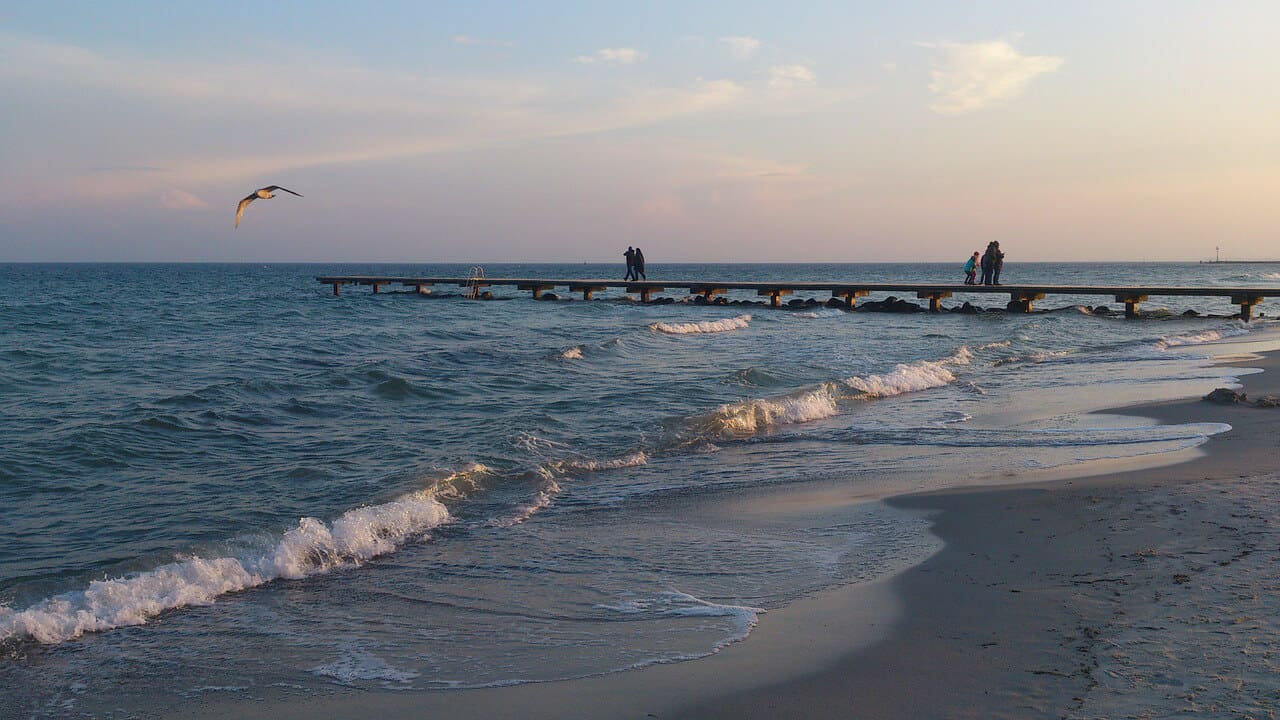 The name of both the island and its biggest town, Fehmarn is located in the Baltic Sea just off the eastern coast of Schleswig-Holstein, Germany. Although connected to the mainland by the 3,160-foot long Fehmarn Sound Bridge, the island feels like a decidedly different world. Fehmarn’s coastal habitats have become a popular resting place for migratory birds, making it a paradise for avid birdwatchers. The Nature & Biodiversity Conservation Union’s Wallnau Waterbird Reserve provides 740 acres of protection, attracting rare species such as the Red-necked Grebe and Little Tern. The coasts have also become a favorite among watersports enthusiasts, attracting windsurfers and kitesurfers from all around the world.

Ireland isn’t the only destination that lays claim to the “Emerald Island” nickname. Located in the northeastern Aegean Sea near the coast of Turkey, the Greek island of Lesbos is remarkably green, with 11 million olive and fruit trees covering 40% of its area, lush forests of mediterranean pines and chesnuts covering 20%, and the world’s second largest petrified forest of Sequoia trees. The island’s two major mountains– Mt. Lepetymnos (3,176 ft) and  the famed Mt. Olympus (9,570 ft)– dominate its northern and central sections, and their volcanic origins are manifested in numerous hot springs. With a mild climate and preponderance of sunshine, it’s no wonder Lesbos ranks among Greece’s most popular tourism hotspots.

The largest island in the West Estonian Archipelago, Saaremaa’s mild climate and rich soils lead to an incredible array of flora, with 80% of Estonia’s plant species represented there (over 1,200). Over 40% of the island is covered with forests, with conservation efforts in place to protect the largest areas. Saaremaa also has a broad variety of rare wildlife species, from Cloude Apolle butterflies and Roman snails to gray seals, which can be found in three large resting areas on the islets off the southern and western coast. The island’s location along the migration path between northeastern Europe and the Arctic make it a haven for waterfowl every spring and autumn, with birds such as the barnacle goose, mute swan, whooper swan, eider, and shelduck among the protected species. Lynx and brown bears can occasionally be spotted as well. 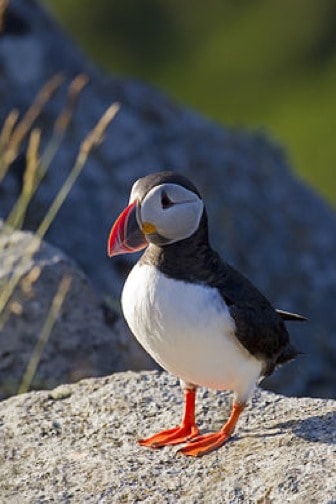 Shetland is the singular name for a  subarctic archipelago of Scotland, which were actually dominated by Scandinavian influences until the 15th century. Today, the islands are a blend of Norse and Scottish traditions, creating a vibrant culture that includes music (fiddlers are especially popular) and prose quite different from that on the mainland. Shetland is perhaps best known for its agriculture, giving the world beloved animals such as the Shetland pony and Shetland sheepdog (a.k.a. Sheltie). But it’s also designated as a National Scenic Area and features three National Nature Reserves and 81 Sites of Special Scientific Interest, including the seabird colonies at seabird colonies of Hermaness and Noss.

The largest and highest of Bulgaria’s islands in the Black Sea, St. Ivan Island’s rich history dates back to around the 7th-4th century BC, when it was populated by Thracians. It was a center of Christianity for centuries, and archaeological digs in the 1980s unearthed the remains of two churches, a royal residence, a library and part of a fortified wall. In 2010, the BBC reported that remains of John the Baptist had been found on the island.  But apart from its vast historical significance, the island is also a protected nature reserve, with 72 species of birds nesting around the coast (3 of which are endangered). St. Ivan is also inhabited by another increasingly rare species, the Mediterranean Monk Seal. 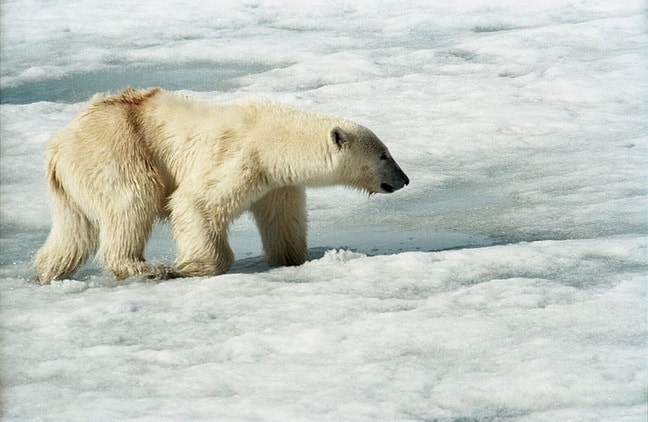 Located in the Arctic Ocean 400 miles north of the mainland, this Norwegian archipelago boasts higher temperatures than other Arctic areas located at similar latitudes, yet also offers the long periods of midnight sun and polar night for which the region is known (Northern Lights, anyone?). The island has emerged in recent years as a burgeoning ecotourism haven, with seven national parks and 23 nature reserves covering approximately 2/3 of the archipelago, 60% of which is comprised of glaciers. From polar bears, reindeer and Arctic fox to cetaceans, seals and walruses, Svalbard is a chilly nature-lover’s paradise.   –Bret Love