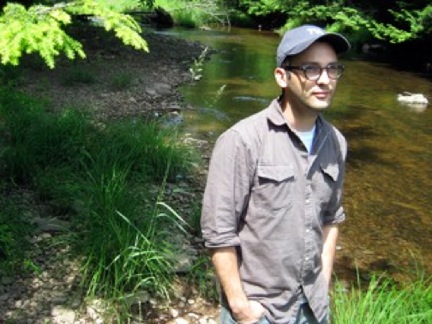 If you live in an area anywhere near a natural gas drilling site (and, if you live in the U.S., chances are you do), GasLand is a movie you simply cannot afford to miss. In it, Pennsylvania-based filmmaker Josh Fox travels the country researching fracking (a.k.a. hydraulic fracturing), uncovering exploding water wells, flammable tap water and pets whose fur falls out in clumps along the way. We recently spoke with the Sundance Film Festival Special Jury Prize-winning director about what fracking is, why it’s dangerous and what we as citizens can do about it. 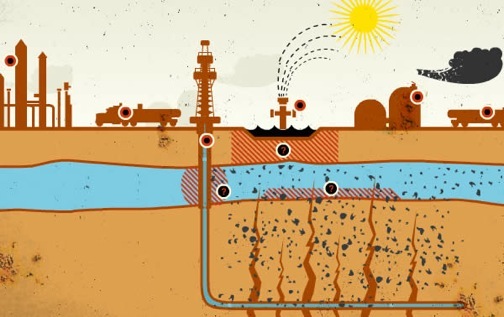 Can we start with an explanation of what fracking is?
Fracking is this technique of drilling for natural gas invented in the late 1990s by Halliburton when Dick Cheney was their CEO. It involves pumping millions of gallons of toxic chemicals at enormously high pressures into the earth to break apart rock formations, freeing up gas trapped inside of rocks. The problem with the technique is that these chemicals are turning up in people’s water supplies. That’s a very dangerous situation. A lot of those chemicals are carcinogenic, they’re neurotoxins, and they’re very harmful. It’s a double whammy, because it’s really bad stuff that ends up in people’s water supply, and it’s virtually impossible to clean it up.
When you got the letter from the natural gas company offering you $100,000 for the right to drill on your land, did you know about hydraulic fracturing?
No, I knew nothing about it. It’s not a traditional oil and gas producing area. When I looked at my initial research I was quite concerned, and that’s what sent me down the path to making the film. There were these competing narratives. There was the gas industry saying, “This is no problem: You’re gonna make a lot of money and you’ll never know we’re here.” But all of a sudden you see these pictures from out West of this massive industrialization process. So I figured someone had to be lying. 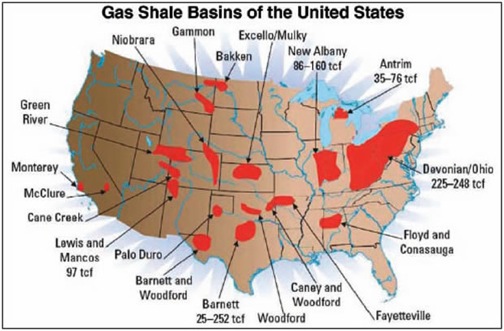 At what point did you realize you needed to document every step of the process you went through?
At first I was making a short film for my neighbors, just to show what I’d seen. Once I went to Dimock and saw the craziness that was happening in that small town in Pennsylvania, I realized I had so many questions. Then I found out about all the exemptions to the major environmental laws. It looked like something nobody knew about, but was potentially very, very harmful. Friends of mine looked at this work that I’d done and said, “You’ve got the next Inconvenient Truth here!” Once I saw the threat, I felt like my back was up against a wall. Luckily I’m a theatre director, so I make my own schedule. I run my own company, so I was able to steal a month here and a month there to organize my schedule around this big trip. It was a gradual thing, but as soon as I heard that people could light their water on fire, I needed to see that. The story began adding up in such a way that it had to become a priority.
So this film was truly the result of thinking globally, but acting locally.
Yeah! But it was also a response to all the misinformation. When you realize that these huge multinational corporations are coming in with a transformative power and lying through their teeth, there’s something you have to do about it.
Was there a “eureka” moment for you, when you realized the potential global impact of this issue?
When I went out West, I’d arrive in a town where I originally had one interview scheduled, and by the end of the day I’d have 10-20 booked for the rest of the week because people were crying out to have their story told. I realized how prevalent it was as I kept traveling. The other moment was when I went to the EPA and talked with Weston Wilson, the whistle blower. I got a sense of this Orwellian nightmare– all of the environmental laws had been cleared away and there were no obstacles for these companies to come in and completely take over huge areas of the United States! It was happening without much media attention, but when I was at that office it was almost like we were having a secret sit-down. It was unreal. 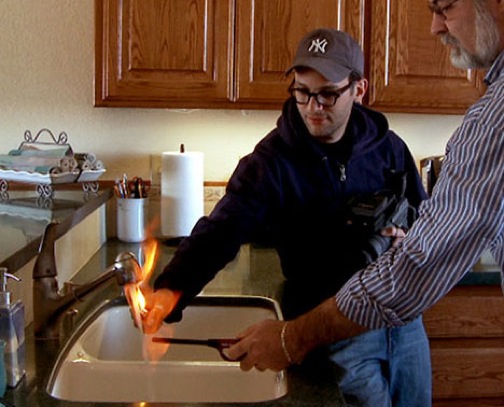 The most visually stunning footage you got was of people who could light their water on fire as it’s flowing from the tap. What was going through your mind as you filmed that?
I think there’s a sense of giddiness when people see it in theaters because they’re freaking out. You feel like you just got sucker-punched– it’s like your world turns upside down for a moment. As a filmmaker, I’m so happy we have that on tape, but on the other hand you think, “This is most bizarre situation!” Of course, the gas industry completely denies that this is their fault at all. I can’t believe that they can go out there with a straight face and say the kind of things they have… “Oh, those people could light their water on fire before we got there!” It’s just absurd.
How can these companies allow their practices to have this impact on these communities and still be able to sleep at night?
I think there is genuine evil there, but I also think there’s a lot of misinformation within the companies themselves.  A lot of the middle management people don’t know these chemicals are being used. The natural gas industry has put out this idea of, “We’re the clean-burning alternative to coal and oil,” but it’s a dirty fossil fuel just like everything else. Yet their spin is so powerful– they have the advertising dollars, lobbyists and lawyers to convince the people who work at the gas companies and the people who have invested in gas thinking it’s a good thing. But natural gas is the primary competition for real renewable energy, and that is the idea we have to foster. We have to develop real green energy so that we don’t continue to have these kinds of problems with fossil fuels. Money is a big factor in this, but I don’t think it’s just about money. I think there’s a genuine concern on behalf of the fossil fuel industry that their industry is dying. They’re trying to grasp the last straws, and in the process they’re doing things that are much more dangerous than they’ve done in the past.
You just screened the film for the EPA. How has the EPA response evolved since you first started talking to them?
We’ve screened the film at a lot of the EPA’s regional offices and at the Federal EPA, and their response has been shock and alarm. But they have to make sure that the higher ups in Washington know about this, and we want to get that out there. I think Obama’s EPA is night and day from the Bush Administration, and I think that’s a great thing. They are now investigating hydraulic fracturing in a 2-year study, and we hope that that study stays honest. The last one was thoroughly discredited.
The film makes the EPA sound complicit under the Bush Administration.
Here’s the thing: When the President says to his bureaucracy, “Don’t investigate, just expedite things for industry,” they do their jobs.  The Bush Administration deliberately installed people whose jobs were to destroy the mission of the EPA, which I’ll remind everybody was created during the Nixon Administration. So it’s not exactly a liberal democratic administration. What was crazy was realizing that no one was minding the store. I think that’s changed now, but they’re still 6 or 7 years behind.
Do you see new legislation being introduced to change these corporate exemptions to the Clean Water Act?
The legislation follows the activism.  In New York, we just got a 7-month moratorium on fracking, which was the result of enormous grass roots action. You’ve got to sign up. You’ve got to call and write your representatives. You’ve got to make sure they’re on this, because the world needs to change. We need to move away from fossil fuels quickly. Right now, there are pieces of local and state legislation we advocate on our website, Gaslandthemovie.com. All you have to do is click on your state and you can find a list of organizations. This is happening in 34 states now, and a lot of other places are dependent on the water from those states. It’s a real national crisis. Getting involved in this grass roots movement is one of the best things I’ve done in my life. 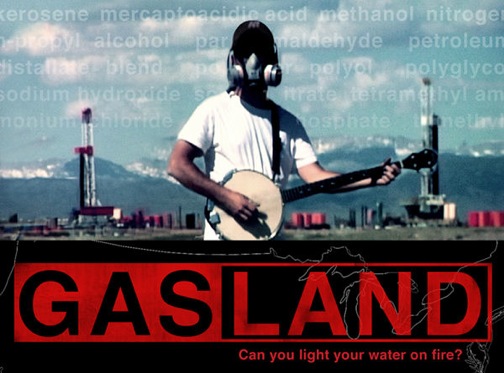 The movement definitely needs to happen, because water is going to be as valuable as gold in the 21st century.
Right. We cannot destroy the water. Where we have clean water, we have to protect it. Where we have water that is borderline, we have to do better to treat and protect it. We cannot continue to pump toxins into the ground and expect that there won’t be MAJOR consequences for future generations. We will be able to find alternative energy sources– they exist right now. But we will not be able to find an alternative to water.  –Bret Love
If you enjoyed reading our interview with GasLand director Josh Fox, you might also like:
ECO NEWS: Doctors Forbidden From Sharing Info With Patients Exposed To Fracking
ECO NEWS: Tapped- The Bottled Water Scam
Top 10 Oscar-Nominated Environmental Documentaries
10 Most Threatened Rivers For Your World Travel Bucket List
Tweet
Pin
Share
Share
Flip