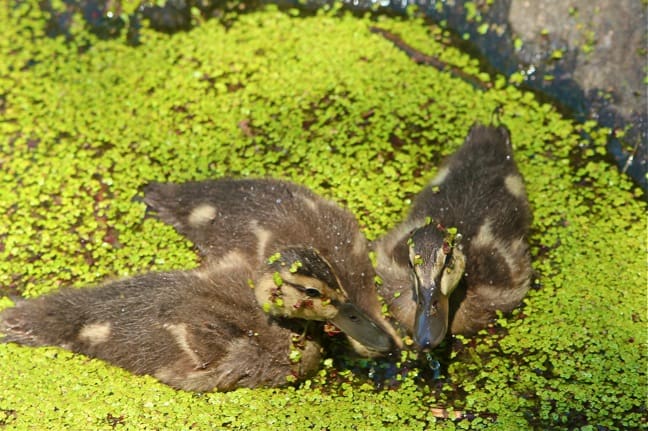 We began the final day of our Going Green in New York City adventure much as we had the day before, getting coffee and breakfast (mostly coffee) at the Eastside Bakery, which was right below the lovely loft apartment in which we were being hosted by Roomorama. We were all tired and more than a little groggy from two long days of exploring the city, but we’d smartly saved the best part of our journey for last.

The New York Explorer Pass we’d gotten from NYC GO included our choice of 55 different attractions around the city, and #1 on our list was the Bike and Roll Bike Rental. Although Mary grew up on Staten Island and I had been to NYC at least 30 times, neither of us had ever really explored the interior of Central Park before. So, despite the intense July heat, we made our way down to Central Park West to grab a picnic lunch and headed off into the city’s most remarkable green space.

It was amazing how quickly the hustle and bustle of the world’s busiest metropolis seemed to melt away as we made our way into the park. We weren’t even half a mile from a street crowded with pedestrians, honking taxis and loud hustlers trying to sell tours, but we felt like we were in an entirely different world.

There’s something about traveling with my daughter that always makes me feel a bit wistful. As she begins to reach her ‘tween years, I’ve become especially cognizant of the fact that we probably won’t be as close as we are forever, which makes me treasure the times we do have all the more. Seeing the Central Park Carousel made me misty-eyed: It feels like yesterday when she’d beg me to take her to ride the carousel. Now, she shrugs it off as too baby-ish. But I could still see little glimpses of that wonder in her eyes as the colorful horses went ’round and ’round.

One of Mary’s favorite childhood memories of growing up in New York was watching the remote control sailboats at the Central Park Conservatory. So we ended up spending a good bit of time relaxing in the shade here, talking to the ducks (in their quacky duck language, of course) and watching a boy sailing a boat with his father. It was a gorgeous day, and a nice chance to cool off after biking up a sweat.

Our next stop was at the Central Park Turtle Pond, which sits at the base of Belvedere Castle and is named for the vast array of turtles that live there. The turtles’ legacy here dates back to the 1980s, when local owners began releasing their pet turtles back into “the wild.” Since then, their population has grown exponentially, and you can spot many of them lurking in the shade around the pond. Coated in green algae, it seemed a perfect place to stop for our snack.

But turtles weren’t the first wildlife we spotted at the Pond. As we moved to the rocks at the water’s edge to sit down, a mama duck and three little babies came rushing over to us, coming within arm’s reach.

We simply adore ducks– they’re one of our favorite things about our frequent staycations at Georgia’s Lake Allatoona– but rarely do our duck friends back home get as close as these little guys did. I actually had to lean back in order to take this shot with my 28-75mm lens, because they were literally two feet from my knee. They were so incredibly endearing, swimming so close to one another, ducking their little heads underwater to eat who knows what, and coming back up with green flecks all over themselves, that we were practically squealing with delight. (Yes, I’m a grown man who squeals. Sue me!)

After splashing around in a sprinkler for a bit to cool off, we made our way over to Belvedere Castle, which was originally designed in 1865 by Calvert Vauxand Jacob Wrey Mould. Though initially intended to be little more than a picturesque tourist attraction, the castle was refurbished by the Central Park Conservancy in 1983 and now houses the Henry Luce Nature Observatory, including a collection of natural history artifacts, telescopes and field packs for visitors. But we were enjoying the outdoors too much to go in, so instead we hung out on the Great Lawn, where an artist was painting the castle.

Arguably our favorite spot on our bike tour of the park was this area on the Central Park Lake. We parked our bikes, grabbed some ice cream and sat down on the lawn, surrounded by colorful flowers and butterflies, with a spectacular view of the Midtown Manhattan skyline in the background. There were nearly a dozen turtles sitting on logs and peaking their heads out of the water to keep a close eye on us, and a peaceful serenity that felt far removed from the bustling Big Apple.

Alex had had a difficult time during our first two days in New York: You could tell that the relentless heat, the relentless pace, and the hours of walking were pushing her 10-year-old body to the limits. But, in taking most of the day to explore Central Park, you could tell she was having the time of her life. This is my favorite picture of her in her natural element, smiling broadly as rowboats (available for rent during spring and summer at the Loeb Boathouse) drifted by.

Before and right after my daughter was born, when I traveled to NYC frequently to interview celebrities, I’d often walk around the outskirts of Central Park and browse at FAO Schwarz, ultimately buying a few Folkmanis Puppets for her there. These puppets (including a grizzly she named Beary, a black bear named Blackbeary, and a menagerie of other animals) eventually became integrated into our bedtime story rituals via improvised puppet shows. So it was incredible to finally be able to take her to the store, and we all had a great time playing and posing for pictures there.

By far my favorite part was the Muppet Whatnot Workshop. I’ve been a HUGE Muppets fan since I was a kid, have a sizable collection of Muppets DVDs and T-shirts, and even experimented with puppetry during my improv comedy days. Needless to say, I felt like a kid in a candy store! The Workshop allows you to design your own Muppet, choosing eyes, nose, hair, skin color, clothing, etc. to create a character to your precise specifications. It was almost closing time, so we didn’t have a chance to do it that day, but don’t be surprised if you see me brandishing my own look-alike Muppet come Christmastime!

By this point we were all pretty worn out from seven hours of walking and biking throughout the city, so we made our way over to Rockefeller Center for the final stop in our whirlwind NYC tour: the Top of The Rock Observation Deck. I’m a huge fan of TV’s 30 Rock, so I couldn’t resist snapping this typical tourist shot along the way.

It seemed to take forever to get to the top: You have to wait in line to get your tickets, wait for your specific time to head up, then wait for two elevators. But once you get up there, 70 floors above the ground, with a 360-degree view of the Manhattan skyline, the view is absolutely spectacular and well worth the wait. The haze in the distance made me wish we’d waited for sunset, but at this point everyone was ready to head back to our apartment and get some rest before making the trip to New Jersey the next day for Mary’s dad’s 70th birthday party.

Luckily we were able to find someone to take a quick snapshot of the three of us before we made our way down and back across town to our base in the Village. It was an incredible end to a perfect day– by far our favorite in New York City. We may not have been able to do all the things we hoped to do (sadly, no Broadway show this time), but we were able to make my daughter’s NYC dreams come true. And, with numerous friends and family in the city and just across the state line in New Jersey, chances are very good we’ll be back in the Big Apple sooner than later. –by Bret Love; photos by Bret Love & Mary Gabbett