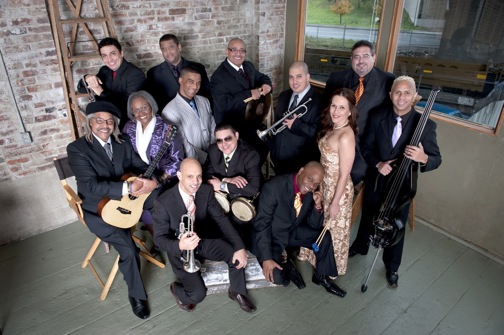 Originally intended as a cross-cultural collaboration between African and Cuban artists, the project hit a snag when the Mali-based musicians failed to get their travel visas. Instead, it evolved into a Cuban music supergroup. Recorded in six days, the Buena Vista Social Club album became one of world music’s biggest hits, selling more than 10 million copies, winning a Grammy Award, and spawning numerous solo projects for the various artists involved.

Today, the BVSC sound lives on in González’s Afro-Cuban All-Stars, who are about to embark upon their first full U.S. tour in seven years. We recently spoke to González about the evolution of Cuban music, how the Buena Vista project came about, and the Obama Administration‘s recent relaxation of sanctions against Cuba.

Cuban music is unique, even among the nations of the Afro-Caribbean diaspora. What gives the island such a distinctive musical identity?

Cuba is one of the only countries where the slaves were able to freely practice their culture without major restrictions, so these cultures mixed with the European to become something different. In musical terms, what is distinctive about Cuban music is that the accent of the rhythm is either on the fourth beat or the second half of the fourth beat of the bar– this is the way women walk– which makes it especially danceable and attractive.

For those who aren’t familiar with the different styles of Cuban music, how would you explain the differences between bolero, salsa, son montuno, timba, danzón, rumba and abakua?

Bolero is the Afro-Cuban Ballad, with a romantic rhythm and love lyrics. Salsa is a commercial term created by capitalists like Jerry Masucci to sell the Latin US immigrants the same Cuban music they’ve heard for decades in a new package. Timba is contemporary Cuban music that mixes Afro-Cuban jazz, funk and hip-hop with traditional genres such as Son Montuno. It’s a consequence of the economic crisis in Cuba after the crash of the eastern communist countries, with lyrics that are aggressive and sometimes pejorative for women. Danzon is the most European genre of Cuban music, initially played with a lineup composed of a couple of violins, wooden flute, piano, timpani and guiro. Rumba is not a genre, but the popular party where some genres with a direct African spirit are played. Abakua is a religious society, only for men, which came from a similar society of the Niger River basin. The history of Abakua is very interesting. Abakua music is written in 6/8 or 12/8, and it’s very syncopated. 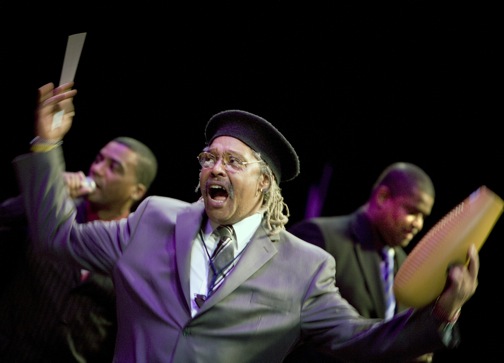 Let’s talk about Buena Vista Social Club. Where did the idea come from?

I wanted to pay tribute to my father, and to the golden period of Big Band Cuban music. Nick Gold, my friend and head of World Circuit Records, wanted to produce an album in the more relaxed Son Montuno style of the late ‘20s. I prepared music based on a repertoire we agreed upon, basically classics. We entered EGREM Studios in Havana and recorded the Big Band album (“A Toda Cuba le Gusta” by the Afro-Cuban All Stars), the album later called “Buena Vista Social Club” and a solo album for Ruben Gonzalez. Later, we created a band to launch the release of the three albums, and we called it the Afro-Cuban All Stars. We were all under the same banner until 2001, when, due to the incredible amount of contracts and requests, we decided to make a split. Then I created a band for Ibrahim, another for Ruben, and one more for Omara Portuondo. If you go to my YouTube channel (www.youtube.com/user/dmahora?feature=mhum) you can watch documentaries about the genesis. The Wim Wenders film is absolutely inaccurate.

I’ve seen the Afro-Cuban All-Stars described as more of a concept than a band. Would you agree, and if so, how would you define that concept?

It’s a concept because we try to approach as many genres of Cuban music as possible, either by blending them or by performing specific styles. This is not normally done. I change musicians every couple of years and mix the old and the young: The only condition is to be a great performer and a good person. The repertoire also includes a mixture of Cuban classics and new songs I write.

Political circumstances prevented you from touring for six years. Can you talk about how those policies have impacted you and the musicians you work with?

From 2003 to 2009 Cuban groups couldn’t visit your country. This was the consequence of lobbying by extreme right wing politicians and the policy of George W. Bush, the father of the American economic recession. These politicians were saying that Cuban musicians were giving the money we earned to Castro, which is absolutely a lie. But we still had Europe and the rest of the world, so there was not a serious impact on the musicians except that we lost our natural market, which is the US. Now, Obama’s policies are more flexible and we are back into the US for the good of both countries. But the musicians that work with me had no problems at all, as they are all freelance performers: My timbale player normally works with Phil Collins, the conga player with Sting, and the rest with different well-known bands around the world. We get together a few times a year to tour as The Afro-Cuban All Stars. 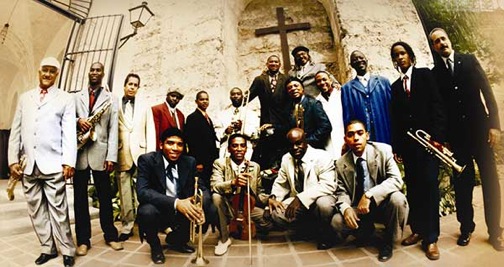 The Obama Administration recently announced a relaxing of the government’s stance on travel to Cuba. For first-time visitors to the country, what are the must-see things they should do?

Obama is very smart and knows that the restrictions on travel to Cuba are restrictions of the freedom of the American people. The goal of your founding fathers was to create a free nation, and the fact that you were not able to visit Cuba was an Orwellian decision. This is the first step, and later there will be more. To new US visitors, I firstly recommend to avoid the tourist life and try to come in contact with the people in order to know their hopes and struggles. Second, visit places like “Viñales Valley,” Trinidad (a small town in the middle of the island) and, especially, Santiago de Cuba and Matanzas– the cities of the popular music (son) and the fine arts (poetry, theatre, etc.), respectively. Third, go to Old Havana, the historic section of the city, to any place where a traditional band is performing. Fourth, cigar smokers should try a brand called Robaina, which is not so well known as Cohiba, but twice as good. And, if you decide to have a drink while in Santiago, they should try the Rum Santiago, which is the real Bacardi. Actual Bacardi, in my opinion and with all respect, tastes like reduced laboratory ethanol.

What are you most looking forward to on your forthcoming U.S. tour?

I want to have fun performing our music and make the people happy during a journey through Cuban music. We are all leaving difficult economic times. If you leave a concert feeling happier than before, you are better prepared to confront the problems life brings. Our goal is to make the audience have fun and enjoy the art. I’m also very happy that, for the first time in my life, I’m going to visit Hawaii, your only state I’ve never been in. My son, who works for the US Navy, went and came back very impressed!  –Bret Love