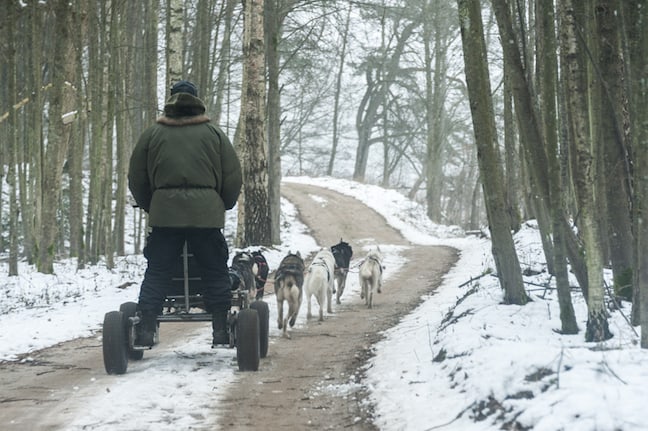 Raise your hand if you’d like to go dog sledding.

I imagine a wave of hands will fly up across the cyber-world, fingers stretching in the air. I mean, gliding across a frozen landscape, with no sound other than the dogs’ paws, muted by the snow as they reach top speed… who wouldn’t love the idea?

Great. But what about the dogs? Are they happy? Are they treated well? What is the difference between dog sledding and, say, riding elephants? 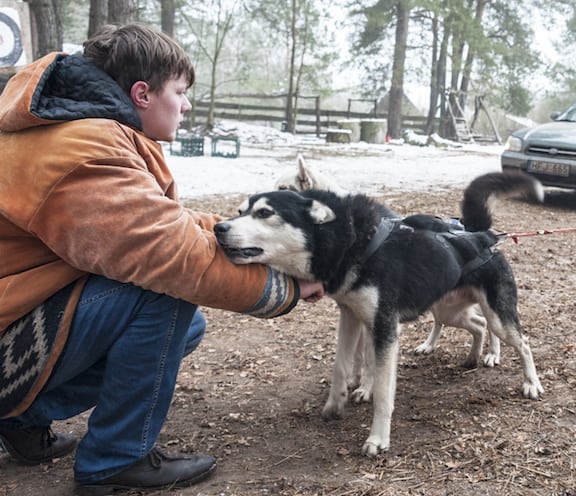 As animal lovers, for years we’ve shunned all animal-related activities. After witnessing the cruel, inhumane treatment of temple elephants in India and having heard horror stories about the infamous Tiger Temple in Thailand, we decided we would have none of it. We boycotted animal related activities completely for years.

But dog sledding remained in the back of our minds– one of those activities that we simply had to experience at some stage.

So we started doing what all responsible travelers should do. We read up on the issue, poring over dozens of articles, posts and podcasts. What we learned is that there’s a world of difference between dog sledding and other animal-related activities, such as elephant riding. 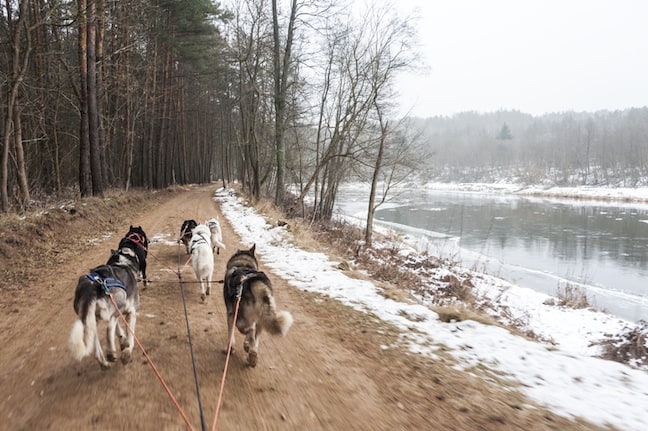 The History of Dog Sledding

The main difference between these activities is that huskies, malamutes and samoyeds– the breeds usually involved in dog sledding– are literally bred to work. They’re all descendants of the original sled dog, a very ancient breed that has lived and worked alongside Inuit and other Arctic tribes for millennia. 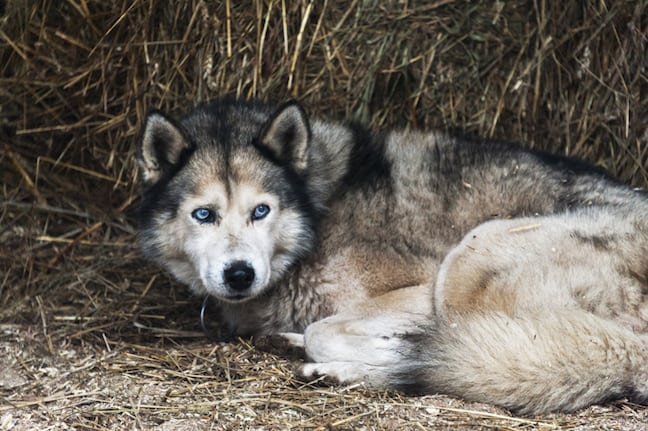 There have been many occasions throughout history in which sled dogs have saved people’s lives. During the Nome diphtheria outbreak in 1925, a dog sled relay led by the famous Balto was organized from Anchorage to take serum to the community, saving thousands of lives. If you’d like to know more, listen to the podcast about the 1925 Nome serum run.

Sled dogs were bred to live outdoors in sub-zero conditions, pull weights and run on the ice. Keeping them outside is not cruel, and having them run around pulling weights is not inhumane. Dog sledding is not cruel, because it’s what these dogs are born to do. 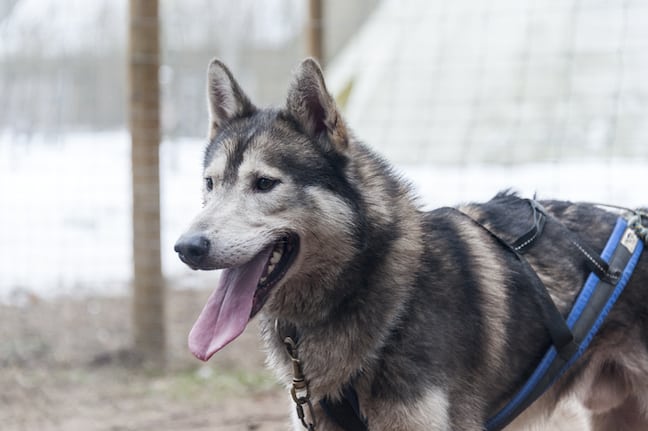 Of course, this fact doesn’t mean that you can go out and just pick any tour operator at random. Before signing up to participate in a dog sledding experience, it’s important to get informed. Because, as with any other industry, bad apples do exist.

Blogger Matt Long published a heartbreaking article in 2011 about a Canadian dog sledding operator who slaughtered over 100 huskies when his business took a turn for the worse after the Vancouver Olympics. After this episode, calling for a boycott of dog sledding tours seemed to be the easy option. Dissuading tourists from participating in such activities may discourage would-be operators from setting up shop. But this would be unfair to existing operators, and especially to the dogs themselves.

Anyone who’s tried dog sledding in the past will know that dogs love to work. They jump and yelp with joy as soon as they’re taken out of the kennel and harnessed to the sled, and when the sled stops for a break, they just can’t wait to keep going. 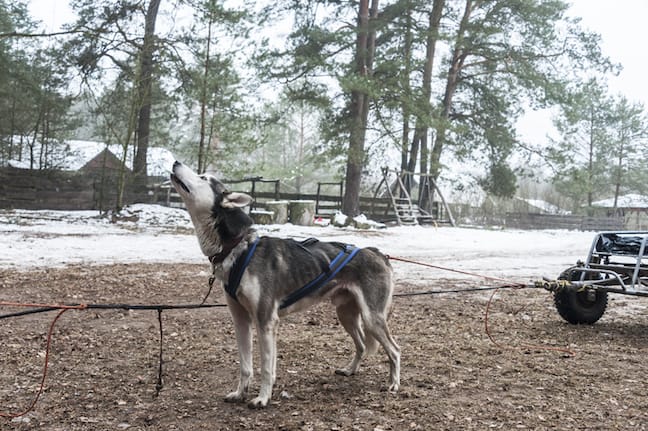 Once upon a time, dogs worked on a daily basis, for hunting and transport. Nowadays, even in remote Arctic communities, they are able to work only for a few months each year. Bloggers Dave Bouskill and Deb Corbeil visited Greenland’s remote community of Ilulissat during summer, and were shocked to see thousands of huskies chained up outside of town with no shelter, barking as they walked through.

The rise in motorized transport and the displacement of indigenous communities has decreased the need for huskies. Except for during the winter months, when they’re still able to work, more than 21,000 dogs are living out their lives in the outskirts of Ilulissat, shackled to tiny chains and yearning to run. A responsible dog sledding operator offers dogs a chance to live the lives they’re meant for.

There are plenty of opportunities to go dog sledding in Canada, Alaska, Scandinavia, the Alps, Mongolia and Lithuania. It’s important to choose a tour operator wisely, reading reports and getting in touch with them, the local tourism board and previous visitors to be reassured that the sled dogs are being treated ethically. 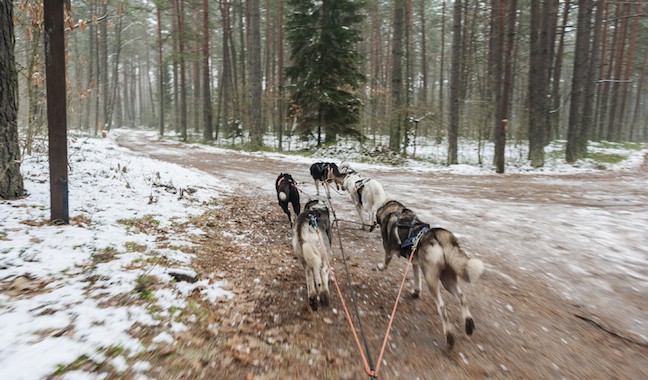 Before our recent trip to Lithuania, we decided it was time to go dog sledding. So we set out to look for a responsible-minded tour operator as soon as we booked our flights.

We were pointed towards Nuotykių Akademija (“Academy of Adventure”), a family-run operation a short distance away from Vilnius, deep in the forests of Neris Regional Park. Owners Hubert and Jolanta are former city-dwellers who decided to build a new home in the forest for themselves and their dogs. When we asked for reassurance on how the dogs are treated, we always got the same answer: Hubert and Jolanta’s dogs are their family. 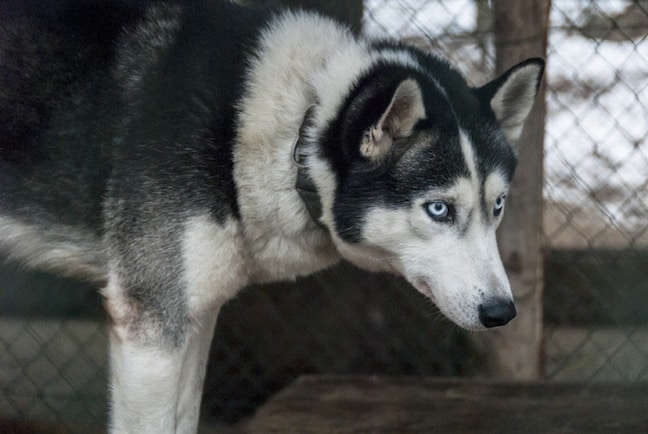 As soon as we arrived at Nuotykių akademija, we realized we’d made the right choice. Many animal-related tour operators love their animals, but Hubert and Jolanta went a step further and put their dogs at the center of everything. They refer to them as their “beautiful and smart pets,” and know the name of each and every one of them.

I found it extremely hard to distinguish between two similar-looking dogs, but Hubert recognized them effortlessly, as if they were his own children. Hubert and Jolanta moved to the forest to live in nature with their pets and take part in dog sledding races to train the dogs physically and develop their personalities. They later started offering tours because they noticed that both people (especially children) and dogs loved the interaction.

The homestead was built on a clearing in the frozen forest, with a handful of log cabins surrounded by Native American teepees. The dogs kennels were on one side, just outside the tree line.

At first I was disappointed to see that the dogs were not roaming free, but that was just me being naïve. Dogs are pack animals, so there are always wannabe alpha males vying for leadership. Keeping the dogs separated is the best way to prevent potentially bloody fights from happening.

“See these two? They’re brothers, but they don’t get along,” Hubert explained, pointing to two cages at either end of the kennel. “If they were in the same cage, they’d kill each other.” 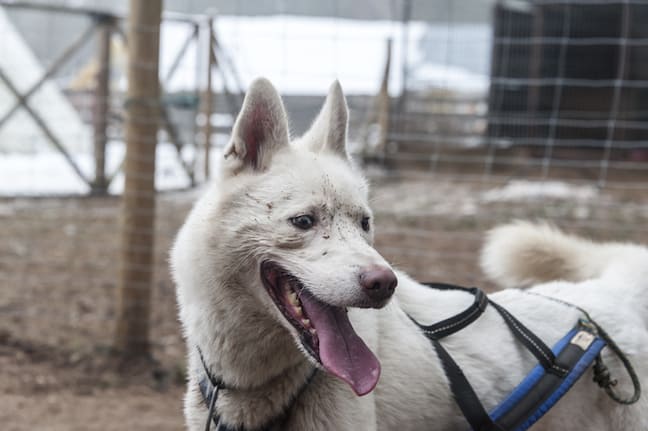 By then, the dogs had started barking. I’ve never had dogs, so I’ve always associated barking with fear or anger. But these barks were completely different. The dogs were excited, eager and yearning to go.

Hubert told us the dogs know that, when he approaches, it’s time to work. And they love to work. They yelped as if to say “Me, me, me!” We asked Hubert if it was difficult to choose who works and who doesn’t, and he reassured us that all their dogs are trained regularly and take turns pulling the sled.

Nuotykių Akademija organizes dog sled rides year round– during the day from September to May, and in the evening during the summer (when it’s not too hot)– so there’s no danger of these dogs ending up like their Ilulissat cousins. They also offer dog therapy programs and dog handling courses during the summer. Hubert explained that the dogs are kept busy and entertained every day, racing, training, pulling sleds or working with children. 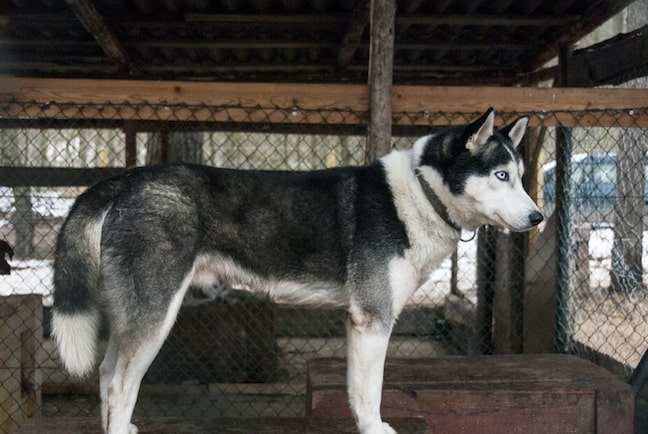 There wasn’t much snow when we visited, so we had our dog sled ride in a wheeled cart. It wasn’t as picturesque as a winter sled ride, but it was still magical. We travelled for  an hour through the frosty forest, among trees dusted with snow, along the rushing Neris River, up and down hills, across meadows and back to the homestead. It felt like flying. Everything was still and silent, save for Hubert’s commands and the soft rushing of the dog’s paws.

It was one of those moments that just felt right. Hubert was happy in his element, deep in the forest with his beloved dogs. We were happy, having fulfilled one of our wildest dreams and having realized that, as tourists, we can interact with animals without hurting them. Most importantly, the dogs were happy.

I could mince words, tell you of the beautiful bond between the dogs and their master; of how they pulled at the harness every time we had a break; of how they yelped and jumped around in excitement when we returned at the homestead. But I don’t think I’ll be able to show their happiness as well as the photographs you see here do. No words will ever be good enough to express something so beautiful…  –by Margherita Ragg; photos by Nick Burns