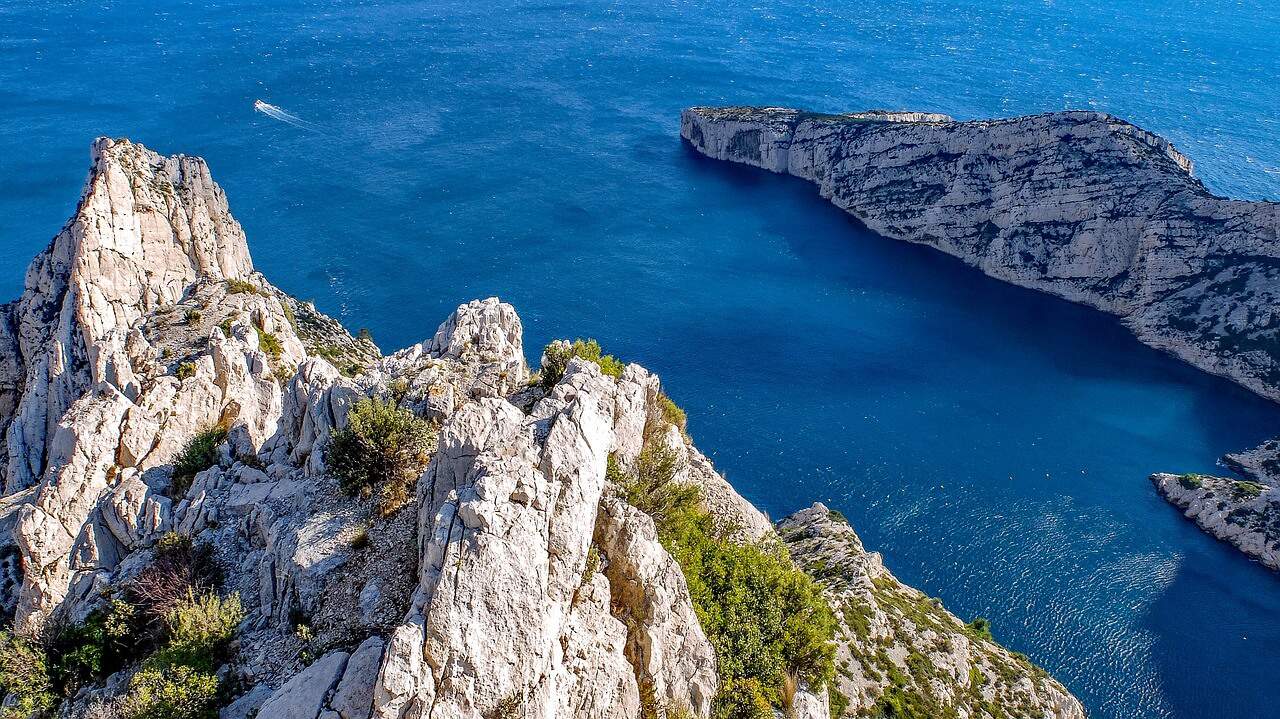 When dreaming about Europe, most travelers imagine sipping coffee in a Parisian café, wandering the streets of Rome, or watching the sunset on Santorini.

Sure, Europe is one of the world’s cradles of history, art, and culture. But what about nature? Few tourists cross the pond in search of nature. After all, the United States has 61 stunning national parks, and many more wildlife reserves and protected nature areas.

Well, I’ll let you in on a secret… European national parks are pretty incredible as well, offering an array of stunning landscapes, biodiversity, and the opportunity to spot wildlife.

And to make matters even better, you’ll find far less overtourism-related problems there than around major European cities like Prague and Barcelona. If you avoid weekends and public holidays, you may even be lucky enough to have the place all to yourself!

Here we’ve listed  seven of the best national parks in Europe to avoid crowds, which we’ve roughly listed from North to South geographically. But needless to say, there are many more to discover!

Considering the fact that it’s a relatively small country, there an incredible number of national parks in Finland (39, and soon to be 40).

The easiest to access from Helsinki is Nuuksio National Park, which is famous for its gorgeous lakes and well-marked hiking paths. It’s a popular destination for weekenders from the capital.

East of the city, not far from the airport, you’ll find Sipoonkorpi National Park, a wild stretch of pine and birch forests. This is the perfect place to wander around (trying not to get lost) with a map and compass, as mobile coverage is sketchy in the area.

You can also go camping in Sipoonkorpi National Park and cook your own food, using firewood provided for free by the Finnish government. In winter, the park becomes one of the best places for cross-country skiing, and it’s just around the corner from the capital!

Wales is famous for its castles, hills, and sheep. But did you know that the Welsh coastline is also home to dramatic mountain landscapes, welcoming villages, and a booming foodie scene?

The path is mostly at cliff-height, affording stunning views over the incredible rock formations dotted around the coast. Think arches, stacks, and sea caves, plus pristine beaches with barnacle-covered rocks and countless seabirds soaring in search of a meal.

If you can, charter a boat and visit the islands of Skomer and Skokholm, which are home to seabird colonies. Stop for lunch in Dale, where the village pub serves excellent and creative fish-based dishes.

If you like adventure and you’re not afraid to clamber up and down a slippery ladder over a waterfall, this is the place for you! Slovenski Raj means “Slovak Paradise.”

It’s one of Slovakia’s nine national parks, located in the Eastern part of the country, not far from Poprad and Tatra Mountains.

The area is rich in rivers and streams, which have carved the surrounding mountains over the centuries to create gorges and canyons with beautiful waterfalls.

Hiking trails follow the route of these gorges, allowing visitors to trek their length via boardwalks and ladders over streams and waterfalls. It’s definitely an adrenaline-rush experience, especially after heavy rains, when the waterfalls are at their best.

Though it’s not as well known as Cévennes National Park (a UNESCO World Heritage Site), climbers from all over Europe have been flocking to the mountains of Calanques National Park since the 1970s.

Located relatively close to the city of Marseille, the park’s dramatic limestone cliffs overlook the sea, and offer perfect climbing conditions year round.

But fear not– you don’t need to be a rock climber to enjoy this national park. There are also miles of well-marked hiking trails, several caves, and opportunities for Scuba diving and exploring the coast by boat.

The Abruzzo region is located in central-eastern Italy, between the Apennines and the Adriatic coast.

It only sees a trickle of tourists (most of which are domestic travelers), which is surprising given the region’s proximity to Rome and its abundance of natural beauty.

Abruzzo has been at the forefront of European ecotourism for decades. Nowadays you’ll find some of the best cycling paths in Italy here, as well as several opportunities for nature-based tourism.

Abruzzo is one of the oldest national parks in Italy, created to protect wildlife such as the Italian wolf, Marsican brown bear, Abruzzo chamois, Eurasian lynx, and others. Wildlife tours are on offer, and there are also opportunities to hike the surrounding mountains and climb the Apennine peaks. 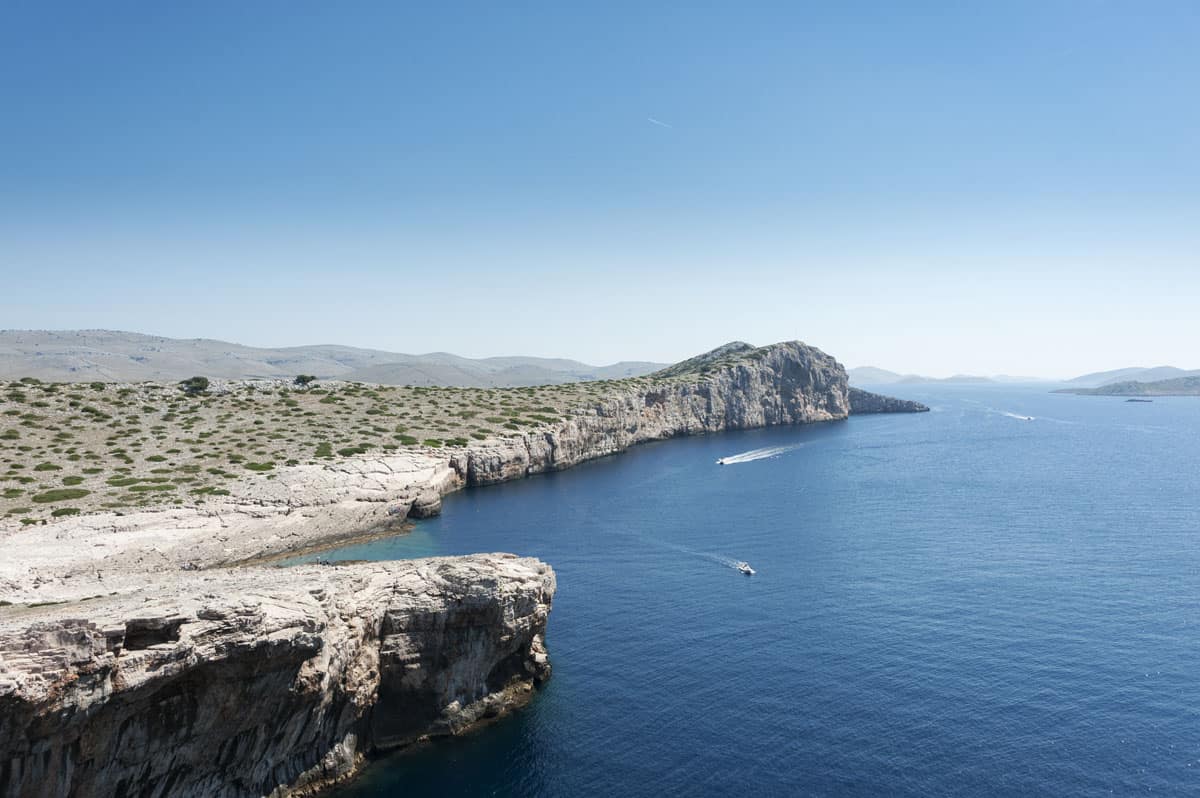 The Kornati archipelago has been called “a sailing paradise” by those in the yachting world. It easily ranks as our favorite national park in Croatia, and among the most beautiful and best national parks in Europe

Located not far from the coast of Zadar, Kornati National Park includes 140 islands in an area that is only 35 kilometers long, making this the densest archipelago in the world.

The best way to explore the archipelago is by chartering your own sailboat. That way you can spend as many days as you want hopping from one island to the other, sampling delicious seafood at local konoba, and swimming in the clear Adriatic waters.

If your budget doesn’t stretch that far, you can always join a group boat tour from Zadar. Either way, it’s a great, uncrowded place to add to your European national parks checklist.

A hike across the Samaria Gorge (one of our favorite places in Greece) is a great way to get away from the beautiful, but crowded beaches in Crete for one day.

The gorge was created by a small river running through the mountains in the southwestern corner of the island. The path that traverses it starts at 1250 meters above sea level and ends on the coast, around 18 kilometers later.

The most dramatic section of the hike is the “Gates,” where the gorge narrows to a width of only four meters between 300 meter-high cliffs. Walking through it really gives you the feeling of entering a forbidden world.

Samaria National Park was created primarily to protect this fragile ecosystem, and to provide refuge for the kri-kri, an endemic Cretan goat, which can sometimes be seen munching on grass along the cliffs. –Margherita Ragg; photos by Nick Burns unless otherwise noted

10 Best US National Parks For Your World Travel Bucket List

The 13 Most Beautiful National Parks in Thailand

How to Travel Responsibly to National Parks

Margherita Ragg is a freelance writer from Milan, Italy. She’s passionate about wildlife, ecotourism and outdoor activities, and runs the travel blog The Crowded Planet with her husband Nick Burns, an Australian  photographer. Margherita has an MA in Travel and Nature Writing from Bath Spa University, and was runner-up to the 2012 Guardian Travel Writer of the Year competition. Her other passions are rock climbing, skiing, homebrewing and her cat, Tappo. Follow Margherita on Facebook, Twitter, Instagram and Pinterest.